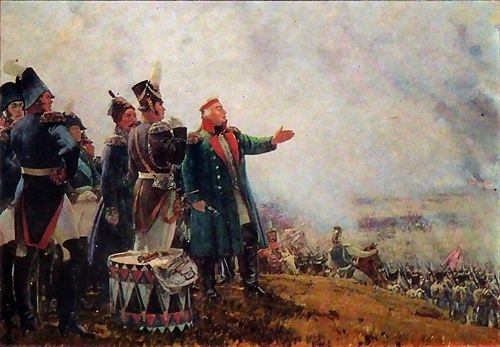 S. V. Gerasimov. Kutuzov on the field of Borodino

In the menacing days of the Patriotic War of 1812, the Russian people and their army waged a self-sacrificing struggle with Napoleon’s army. In intense battles with the enemy, the Russians heroically defended the honor and independence of the Motherland. The largest event of the war was the Battle of Borodino. It happened on September 7, 1812 in the Moscow region.
Russian soldiers showed unshakable courage and bravery. The Russian army won a great strategic, tactical and moral victory. The enemy lost about 58.5 thousand killed and wounded. Borodino became a symbol of the invincibility and heroism of Russian people.
The most important event of the Patriotic War of 1812 – the Battle of Borodino – is shown on panorama by Russian artist Franz Alekseevich Roubaud (1856-1928).

Roubaud, the author of the panoramas Siege of Akhulgo and Defense of Sevastopol, created his third panorama The Battle of Borodino to the centenary of the Borodino victory. At the beginning of 1918, the canvas was wrapped and was not exhibited for many years. Being sometimes in unfavorable conditions, it was badly damaged.
By the decision of the Soviet government in 1948, work was begun on the restoration of the panorama, which continued intermittently until 1962.
Soviet artists P. Korin, M. Ivanov-Churonov, N. Kotov, E. Kudryavtsev, M. Makhalov, K. Fedorov, S. Babkin, S. Churakov, I. Esaulov, T. Shakhov did a great job.
The missing part of the panorama (battle scenes and the sky) was painted anew by the artists of M.B. Grekov’s studio. The total length of the canvas is 115, and the height is 15 meters.
The panorama was restored and began its second life on Kutuzov Prospekt in Moscow, in a building built in 1962 for the 150th anniversary of the Patriotic War of 1812.
In his remarkable work F.A. Roubaud poetically, with true patriotic enthusiasm, spoke about the glorious heroic deeds of the Russian soldiers who inflicted a mortal wound in the battle of Borodino, on the heroes who defeated the mighty army of Napoleon and saved their homeland from foreign slavery. 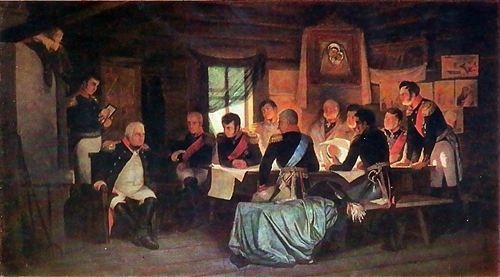 A.D. Kivshenko. The Military Council at Fili in 1812 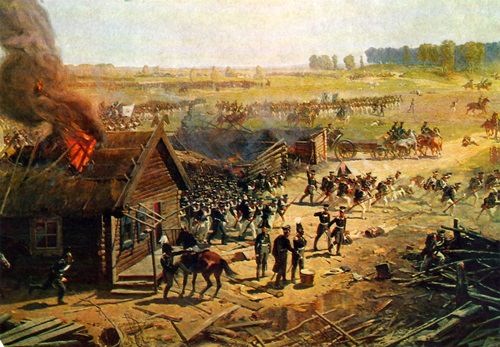 Fragment I. The position of the Russian troops in the village of Semenovskaya 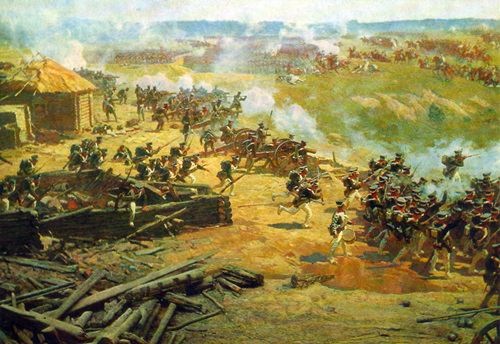 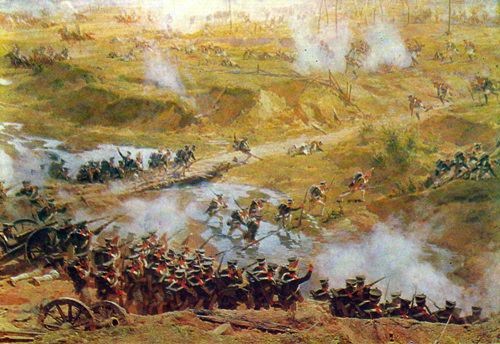 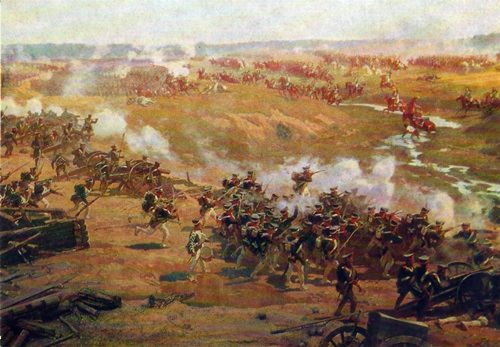 Fragment IV. Russian gunners are firing at the enemy 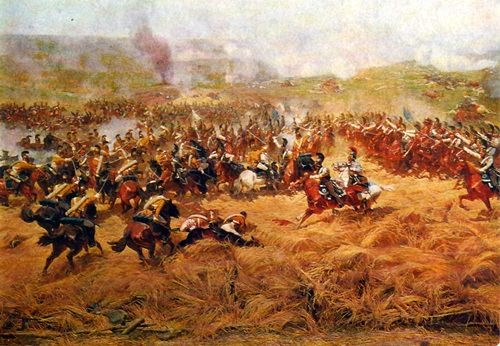 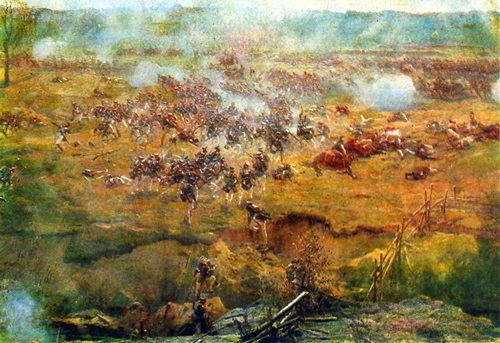 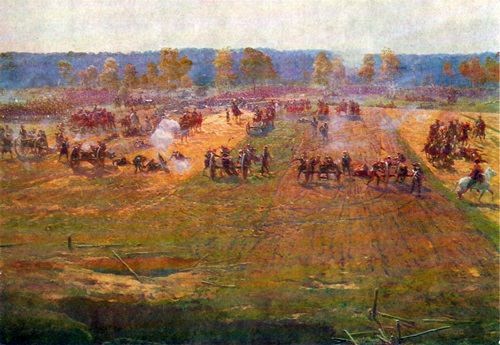 Fragment VI. French artillery supports the advance of its troops by fire 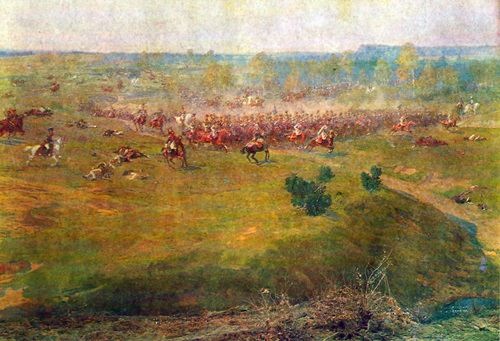 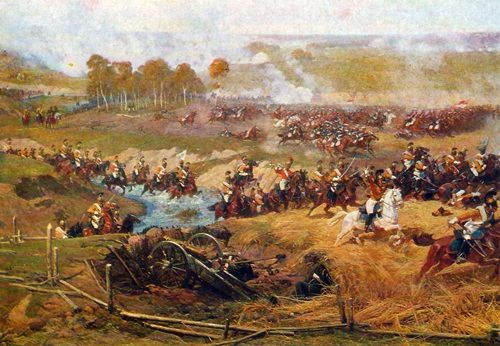 Fragment VIII. Saxon cuirassiers are on the attack 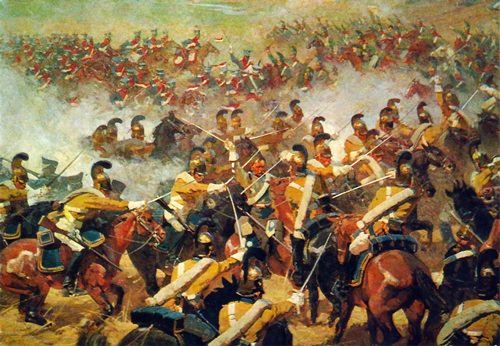 Fragment X. In the midst of battle 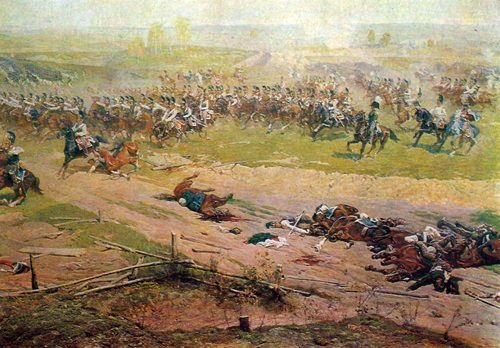 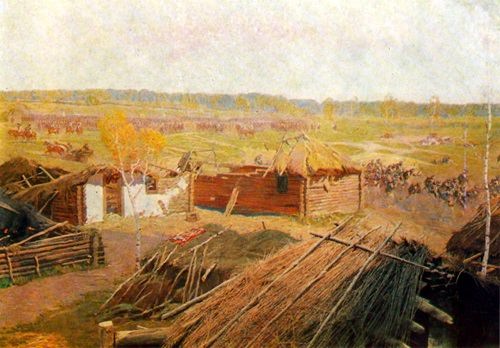 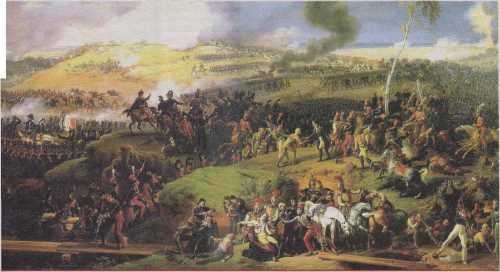 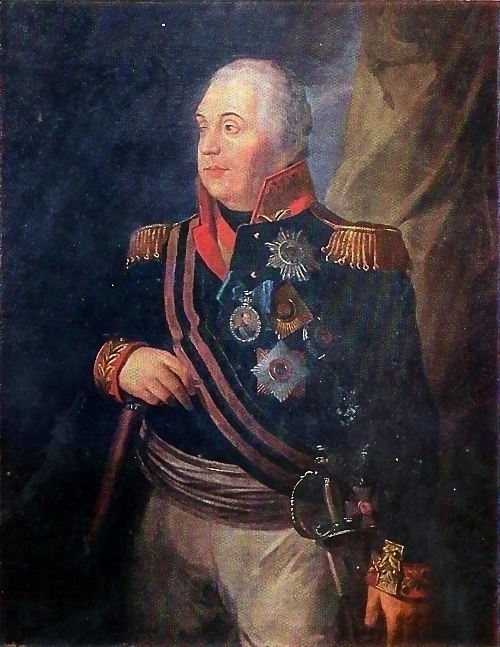 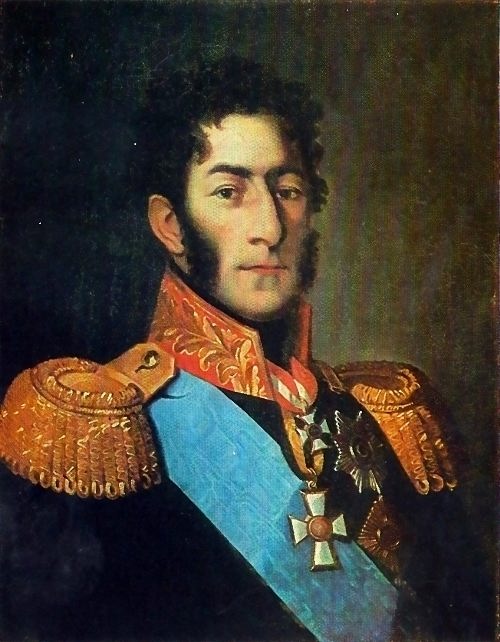