Probably, the ring is the most popular and mysterious decoration in the world. Both men and women wear rings. Apparently, such popularity the ring earned thanks to the mysterious past. Rings can be found in numerous fairy tales and legends of almost all the peoples of the world. In addition, history knows a lot of rings that have become real artifacts.
The ring can be traced back to great antiquity. Rings as symbols of respect and authority is mentioned in several parts of the Bible.
Rings wore as ornaments in early Egypt, in Greece, and even among less civilized peoples. In antiquity, it was the custom among people of the lower classes to break a piece of gold or silver to seal the marriage pact. This custom came before the exchange of rings.

In ancient Ireland, it was the custom for the man to give the woman he wanted to marry a bracelet woven of human hair. In England, rings were exchanged to seal the verbal contract of betrothal.
In ancient Egypt, rings became a “passport” of pharaohs and noble people. There were various drawings and hieroglyphs on the ring, the imprint of which was equivalent to the signature of the person. Later, the Greeks, Etruscans and Romans adopted such rings from the Egyptians. It should be noted that the head of the Roman Catholic Church still uses this pharaohs’ invention. The Ring of the Fisherman confirms the status of the Pope, and its seal assures the authenticity of all Vatican papers.
In the Middle Ages in Europe, there were rings inside which the strongest poisons were placed. Such decorations became known thanks to the Borgia family, whose representatives poisoned many people using the contents of such rings. 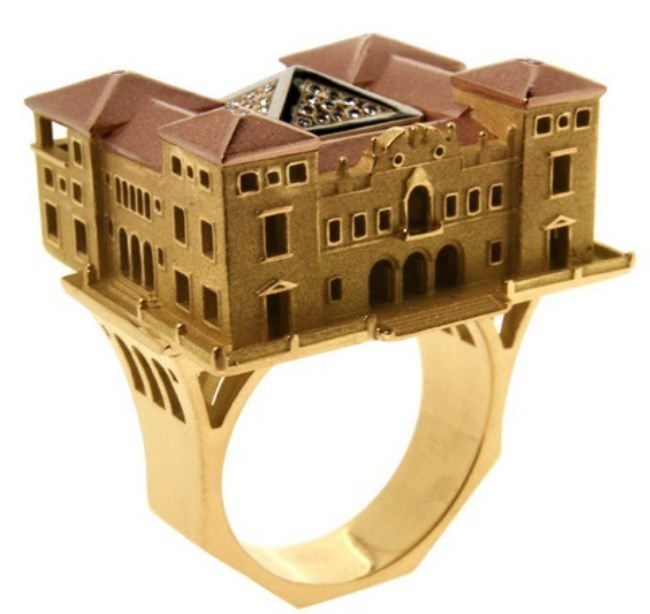 Atlantis Ring protects a person from accidents, negative influences, aggression and curses. In addition, it is a protection against evil spells, evil eye and witchcraft, as well as negative natural vibrations, including earthquakes and magnetic waves. In addition, it heals human body and spirit, restores lost strength and relieves pain in the heart. Finally, this amulet brings good luck in business, helps to see the root of the problems and make the right decision.
Ring of Power from Tolkien’s book The Lord of the Rings has mighty strength and energy. It is a powerful artifact of Sauron, a symbol of power.
The magic ring of King Solomon not only gave wisdom to its master, but also made almighty spirits, who fulfilled any desire of the biblical ruler, his slaves. The founder of Islam, the Prophet Muhammad, always wore on the little finger of his right hand a treasured ring with carnelian, which gave him the gift of prophecy. 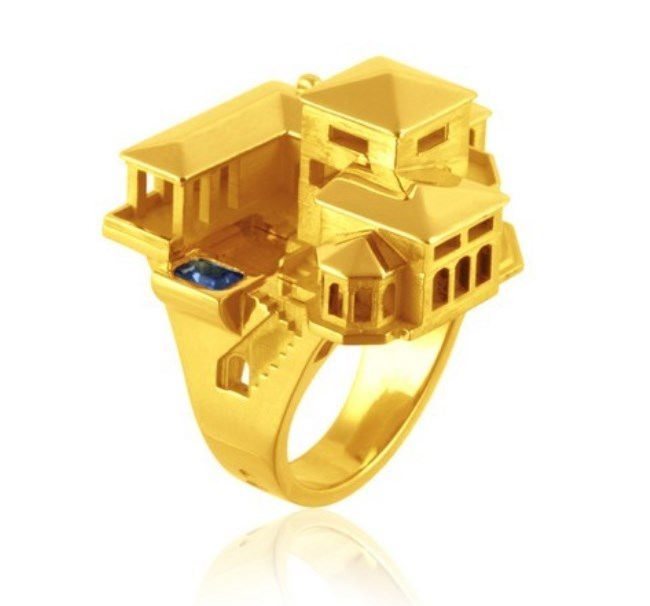 Interesting facts about rings
– In the XIX century French chemist made a sensational discovery – he found iron in the blood. Alas, he could not develop his idea, because he intended to give his beloved ring made of iron extracted from his own blood. Chemist did not calculate and died of anemia.
– The wife of Wilhelm Röntgen went down in history thanks to her engagement ring. This ring on her hand can be seen on the world’s first X-ray. This picture was attached to Röntgen’s article on a new kind of rays, which he sent to the chairman of the Physico-Medical Society on December 28, 1895.
– Architectural decorations by Philippe Tournaire are amazing. The whole collection you can see on his official site http://www.philippetournaire.com/
– In Great Britain doctors and nurses are not allowed to wear engagement rings. The space under the ring is not disinfected, and it is sometimes very difficult to remove the ring.
– The smallest wedding ring in the world was made in 1544 for Maria Stuart and presented to her at the age of two.
– Orthodox Christians wear engagement ring on the ring finger of the right hand. The same tradition is in the countries of Central and Eastern Europe, and in particular in Russia, Ukraine, Serbia, Poland, Georgia, Chile, Norway Germany, Austria, Greece, Spain, India, Venezuela and others. The wedding rings are worn on the left hand in such countries as Turkey, Armenia, Cuba, Brazil, France, Ireland, Canada, Mexico, Slovenia, Croatia, Sweden, USA, Great Britain, Italy, Japan, Syria. 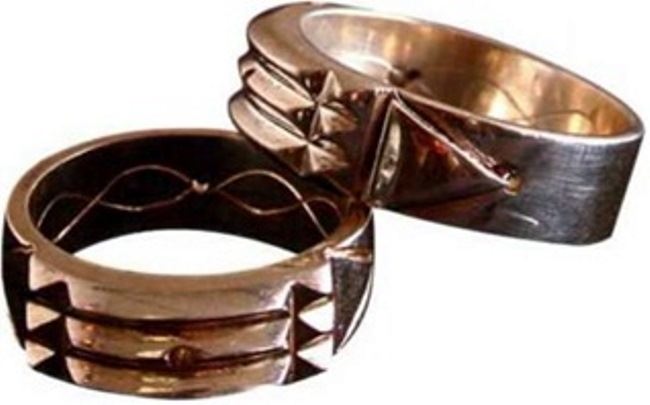 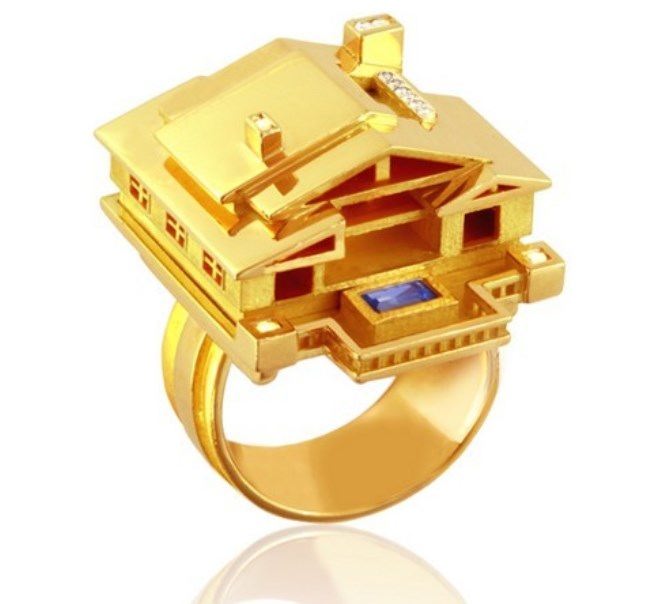 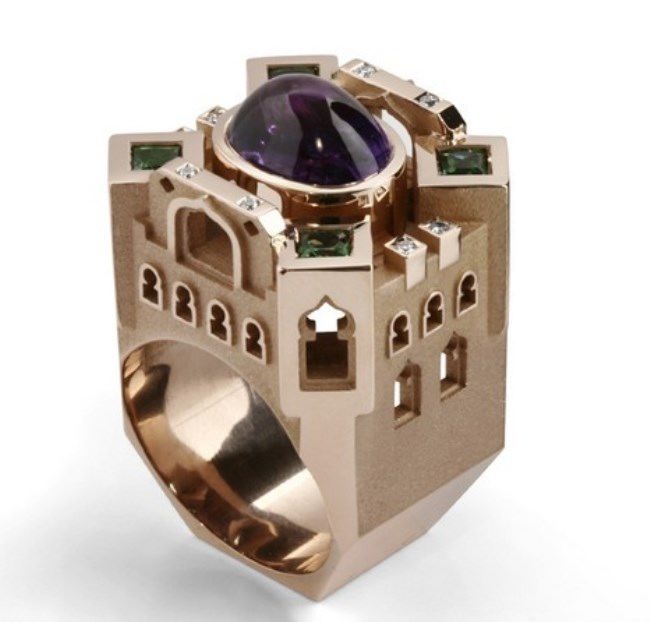 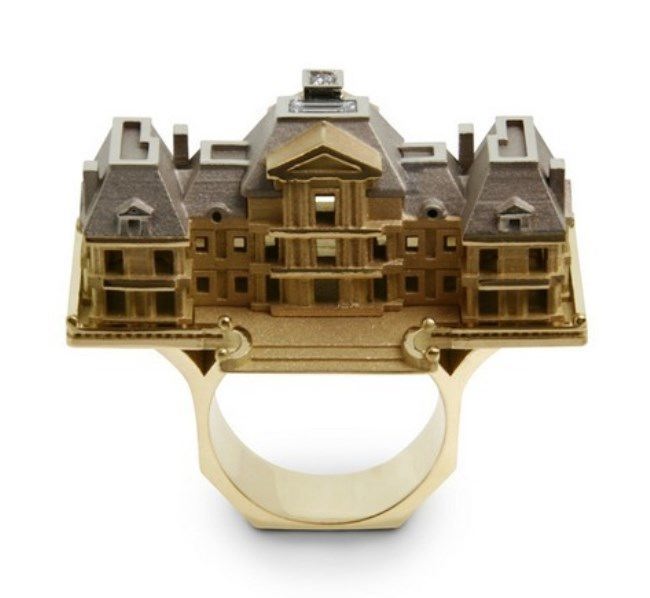 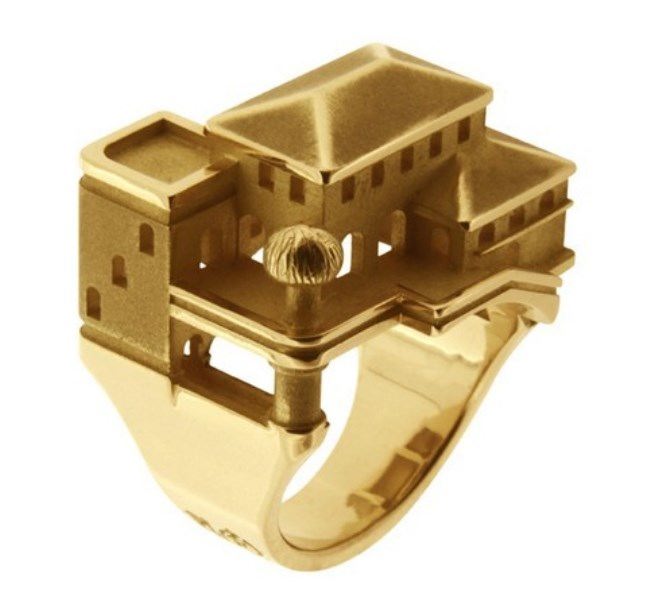 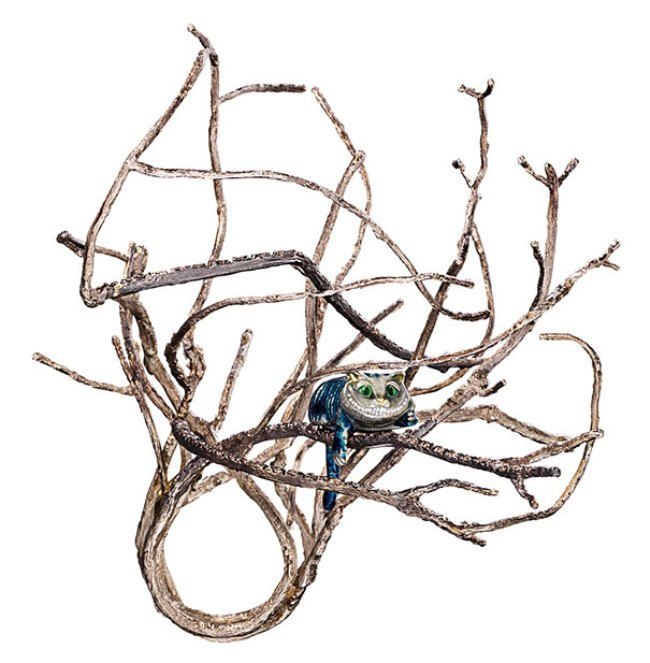 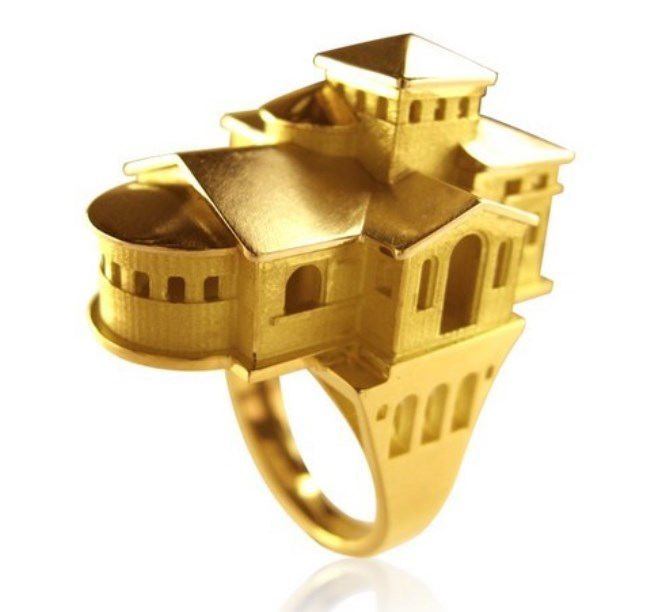 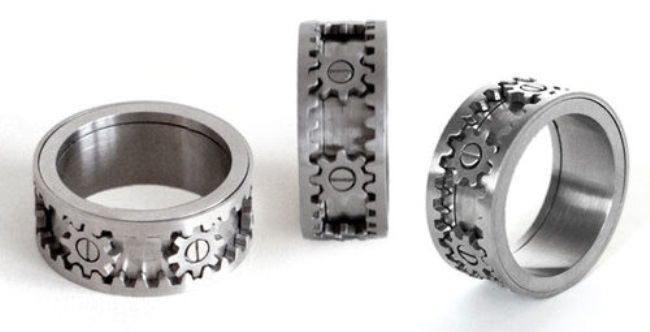 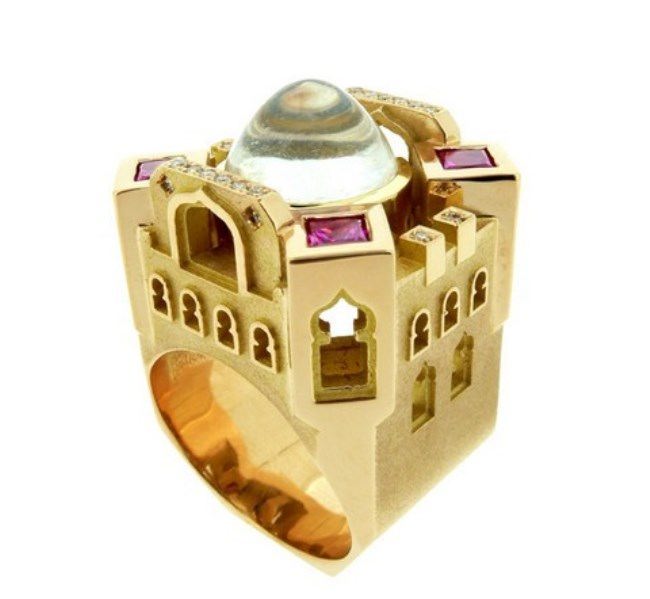 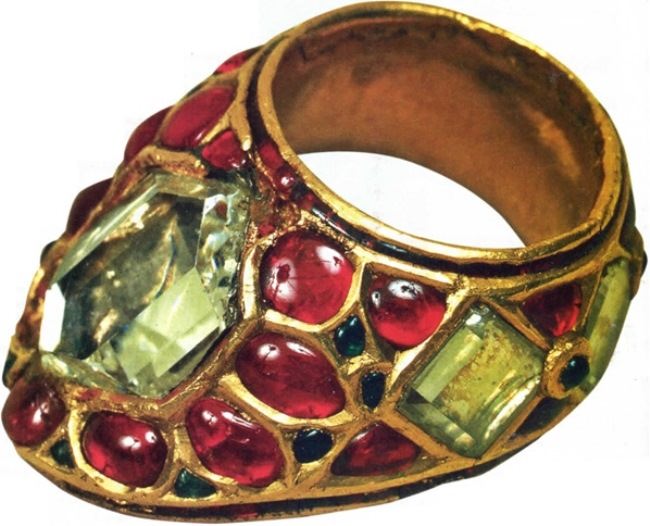 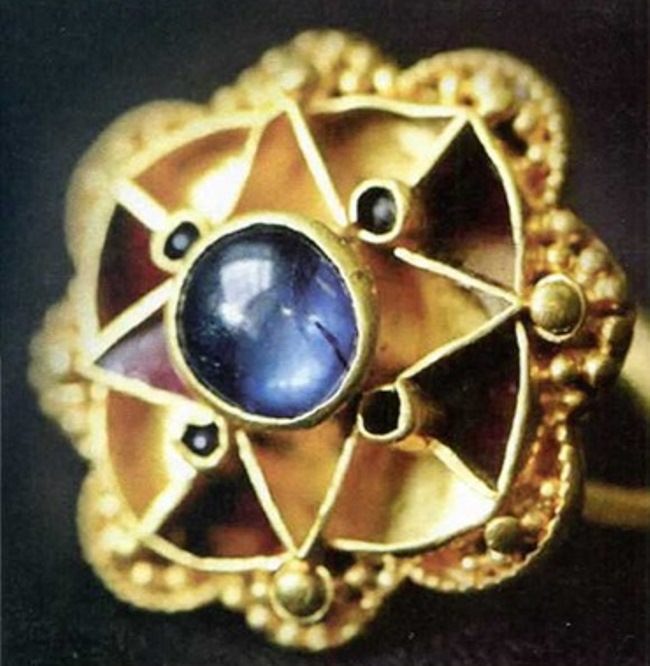 King of the Britons Ring 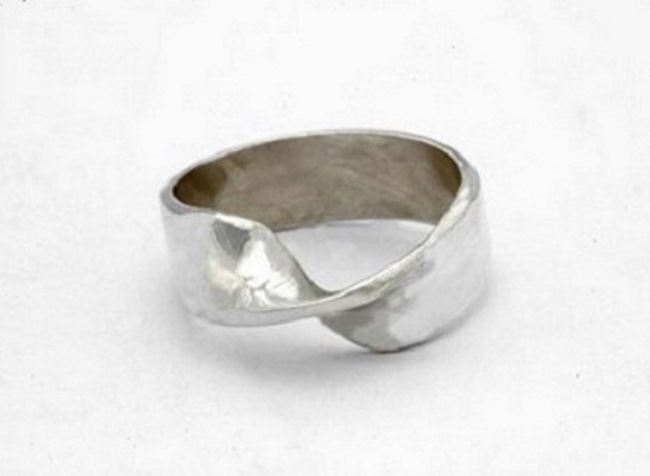 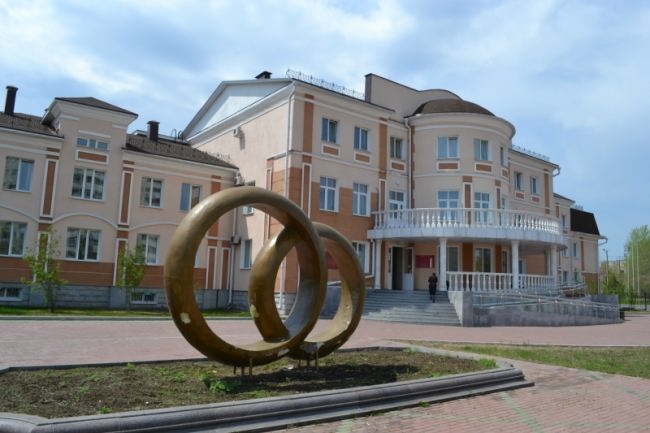 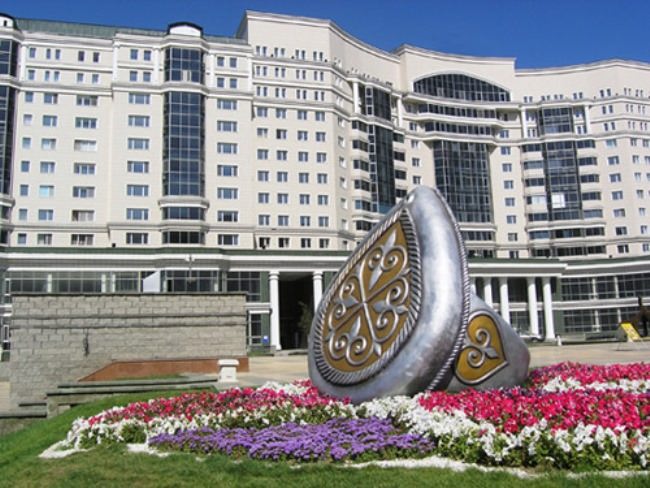 Monument to ring in Astana, Kazakhstan 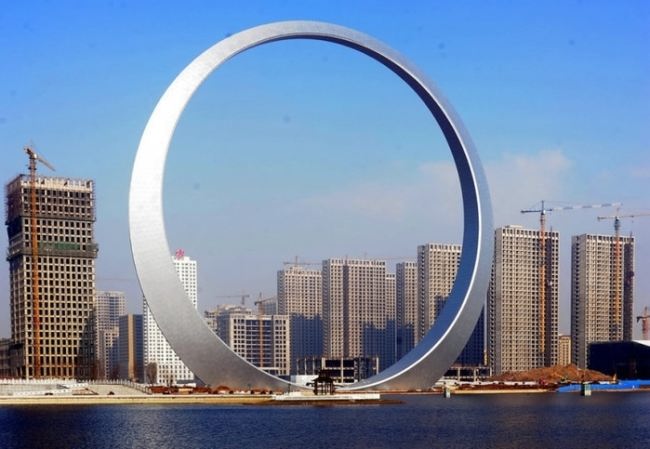 Monument to Ring of Life in Fushun, Liaoning Province, China 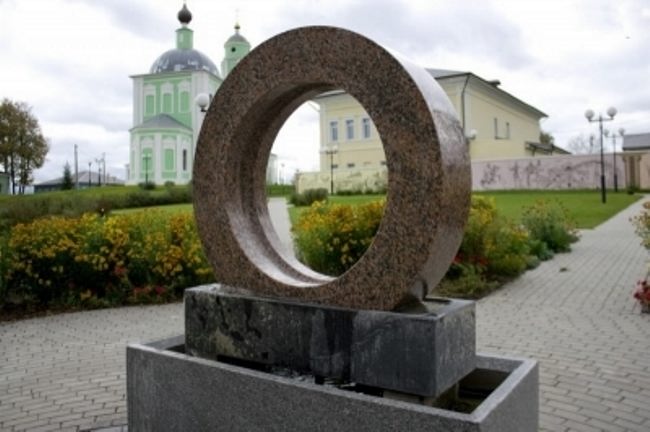 Monument to Ring of time in Kozelsk, Kaluga region, Russia 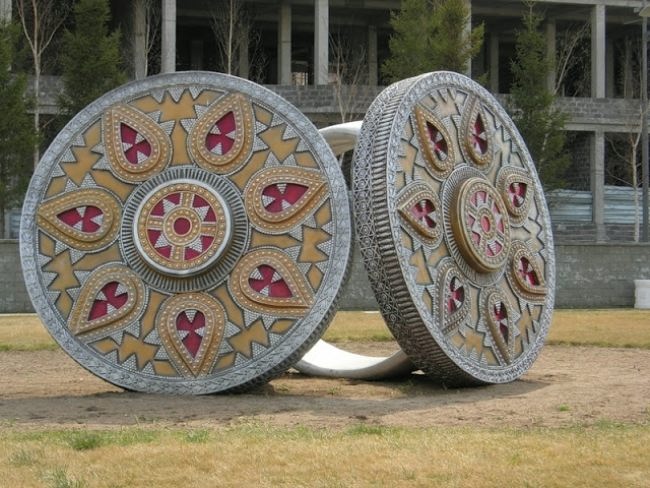 Monument to rings in Astana, Kazakhstan 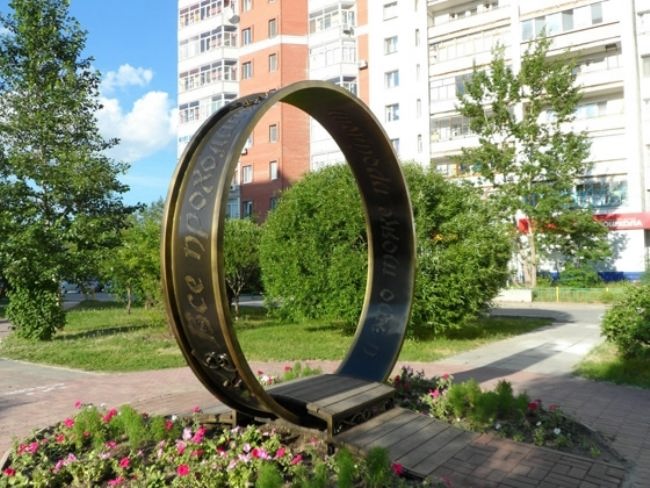 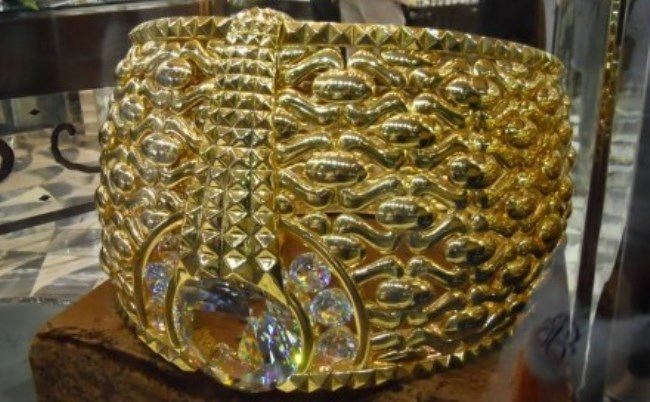 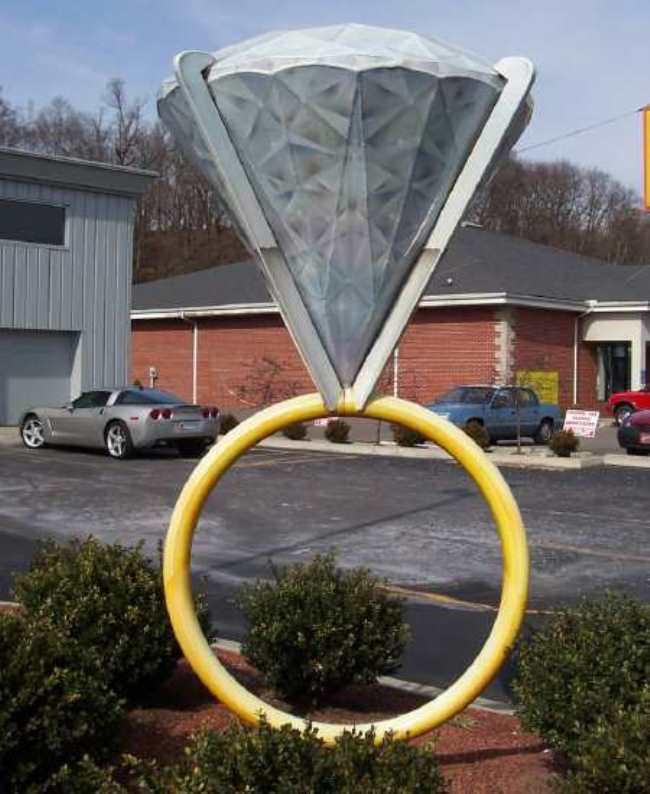 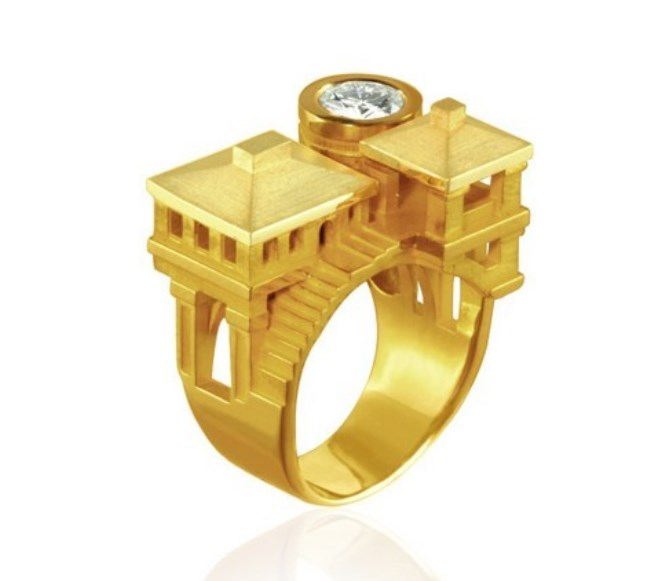 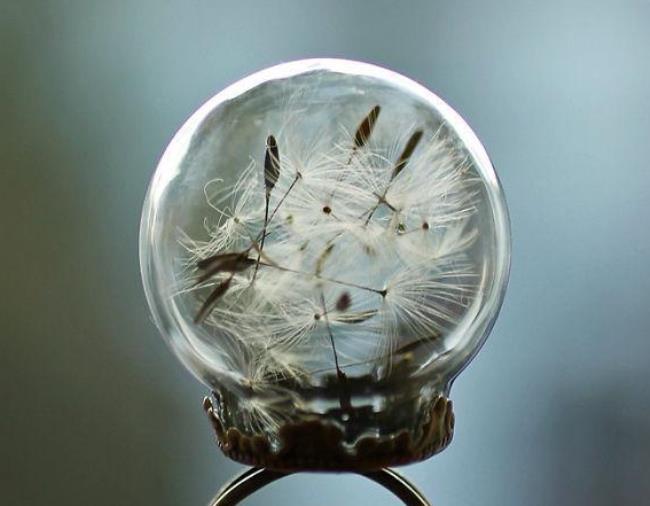