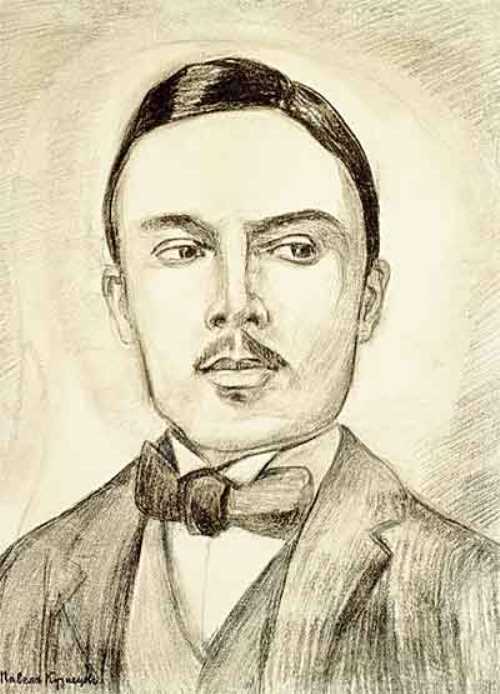 Russian painter, theater artist Nikolai Nikolayevich Sapunov was born in Moscow in a poor merchant family. His father, Nikolai Ivanovich Sapunov, owned a factory that manufactured candles for solemn divine services. The father died when the future artist was 12 years old. Sapunov is one of the bright and original figures in the Russian art of the twentieth century. Unfortunately, he lived a short life. In 1912, at the age of 32, he tragically died while riding a boat with the poet M. Kuzmin. His death was predicted in his early youth, and he lived and worked under the weight of this prediction, which affected his art.
He was formed as a creative person in a kind of vortex stream of innovations in Russian cultural life, when everything changed, new aesthetic principles developed, art began to realize itself as the main driving force of society. Sapunov was in the epicenter of all changes, and he was the active participant.

He studied at the Moscow School of Painting, Sculpture and Architecture. Isaac Levitan was his teacher. In 1904 he took part in the exhibition Scarlet Rose and three years later, in 1907, he took part in the exhibition Blue Rose. Sapunov is known for his amazing still lifes, in which flowers and vases of antique porcelain flicker like jewels. The artists of the Blue Rose and Sapunov among them created a special, shaky, symbolic painting. Even the fresh flowers in the paintings were covered with a web of time. Sapunov was looking for beauty in the old days, he was a style esthete.
It was Sapunov who was the author of that blue rose on the cover of the catalog of the exhibition in Moscow in 1907, which became a symbol of the symbolist movement in Russian art. 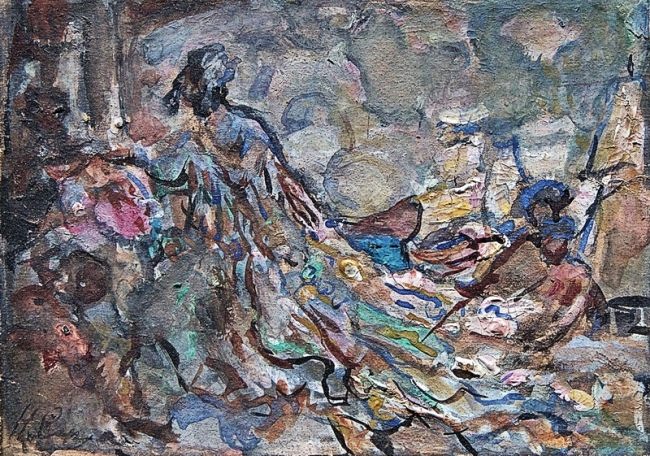 In later works Sapunov unexpectedly revealed the beauty of folk primitive art of Russian merry-go-rounds, festivities, taverns and fairs. In 1908, the artist moved to St. Petersburg, hoping for cooperation with S. Diaghilev. Sapunov worked as an artist-decorator.
The painter was able to combine impressionistic impulsiveness with the symbolic mystical attitude to color. His works for magazines entered the gold fund of book graphics. Theatrical scenes, festivities, carousels were his favorite topics. Even his famous still lifes with artificial and vibrant colors seem to be scenes of the silent theater of things. 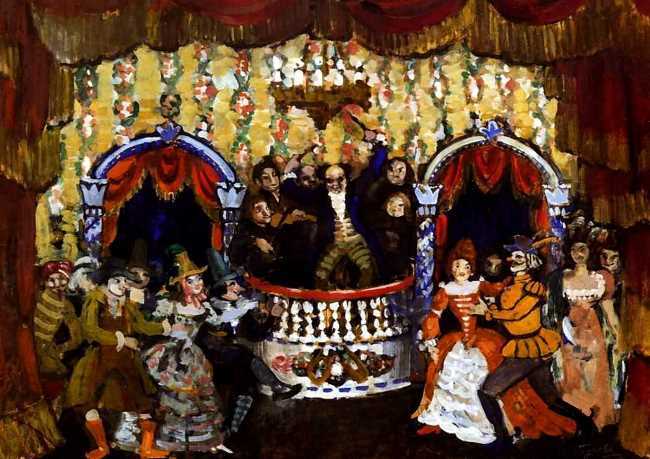 Ball. Scenery design for the Scarf of Colombina by A. Schnitzler 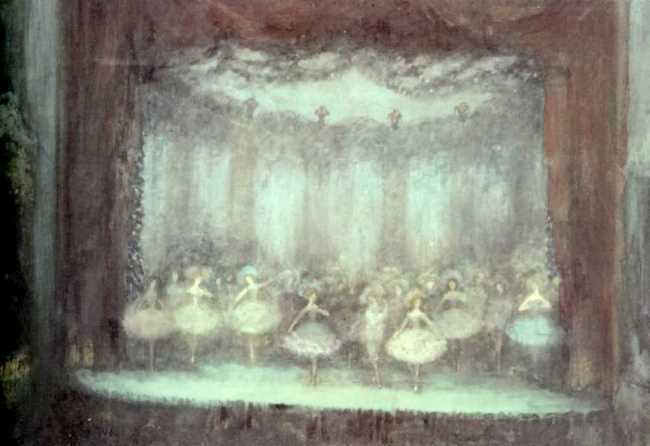 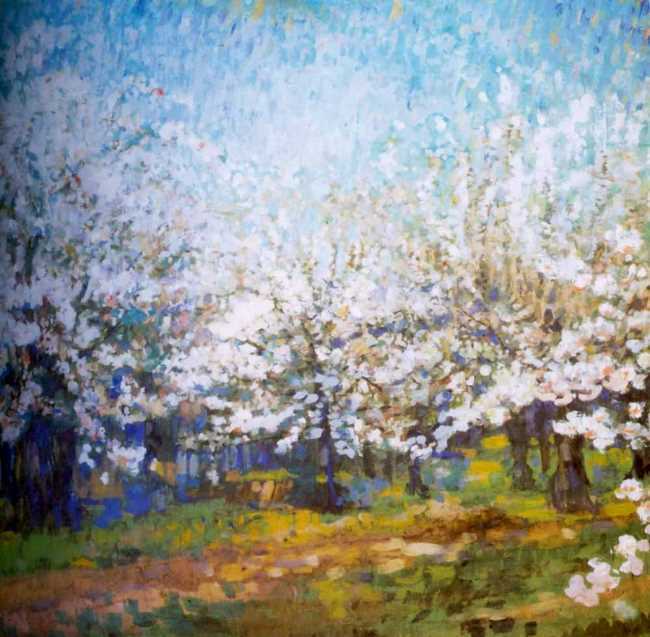 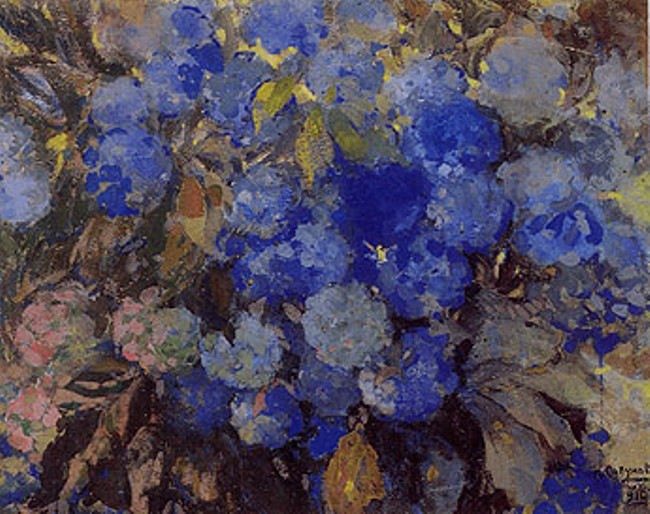 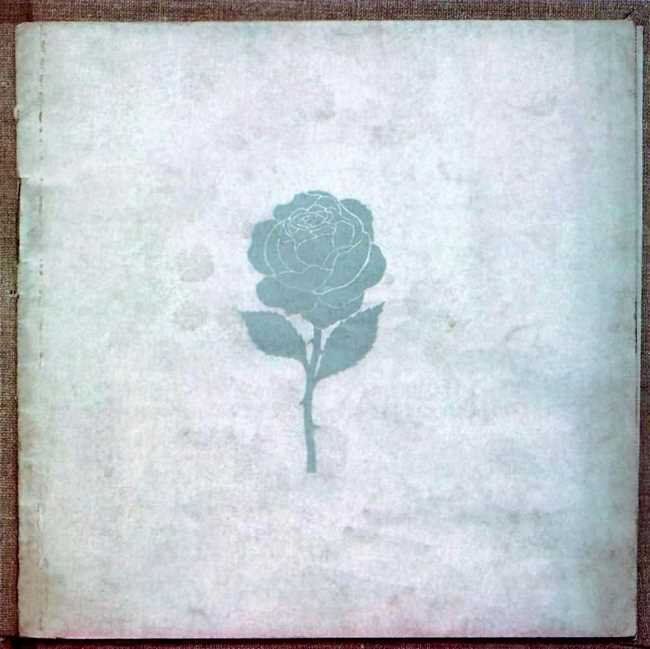 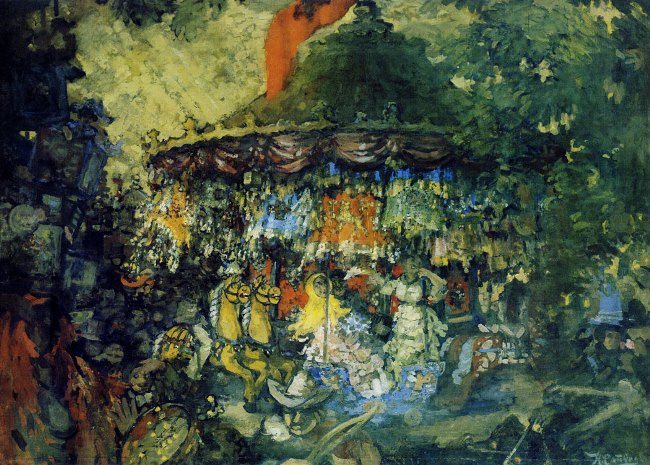 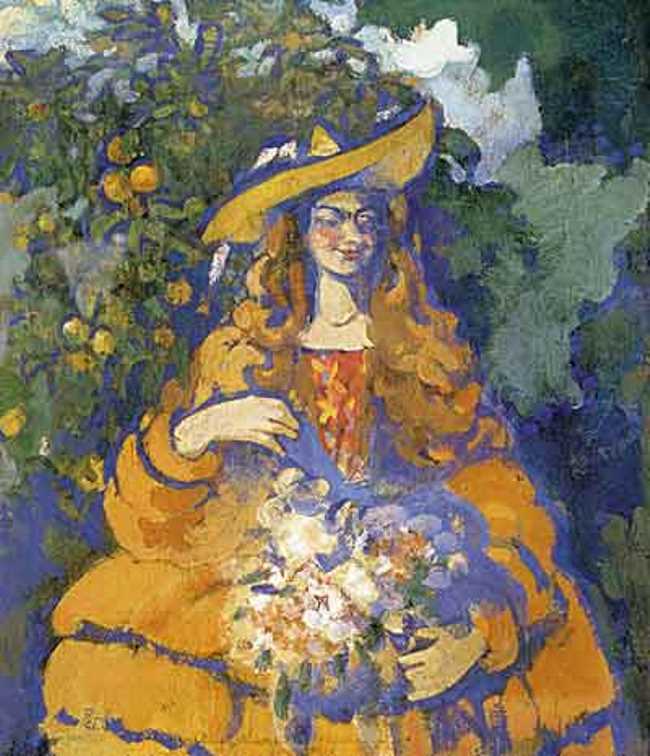 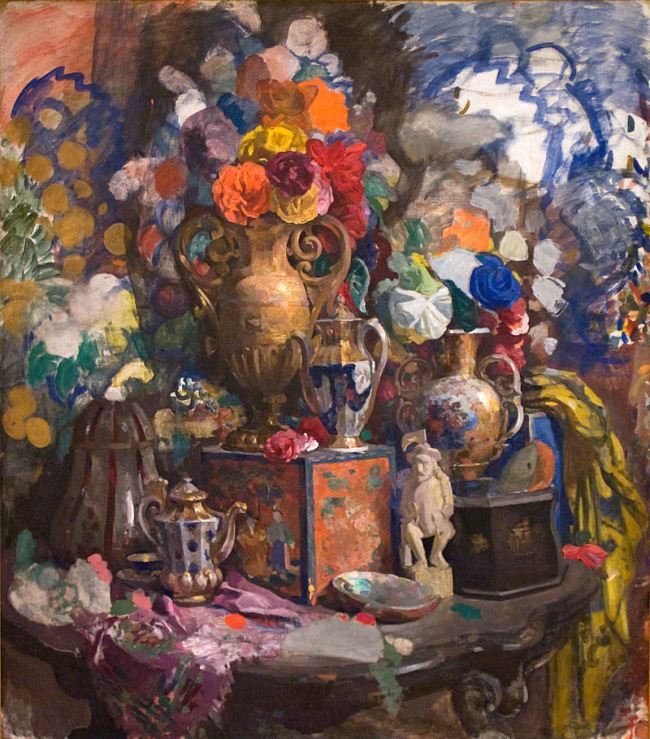 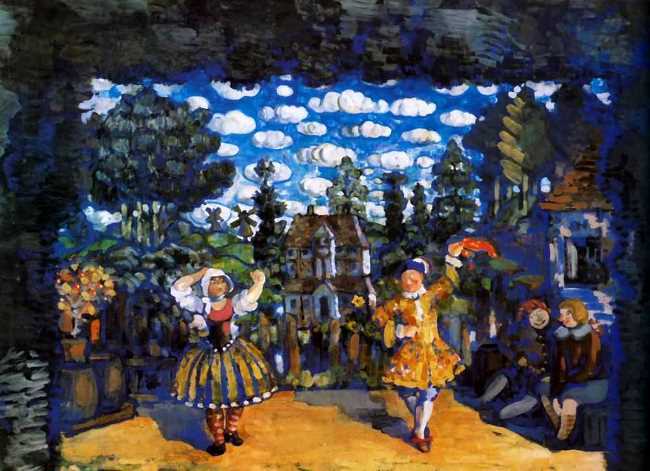 Hotel Green Bull on the bank of the canal. Sketch of the scenery. 1910 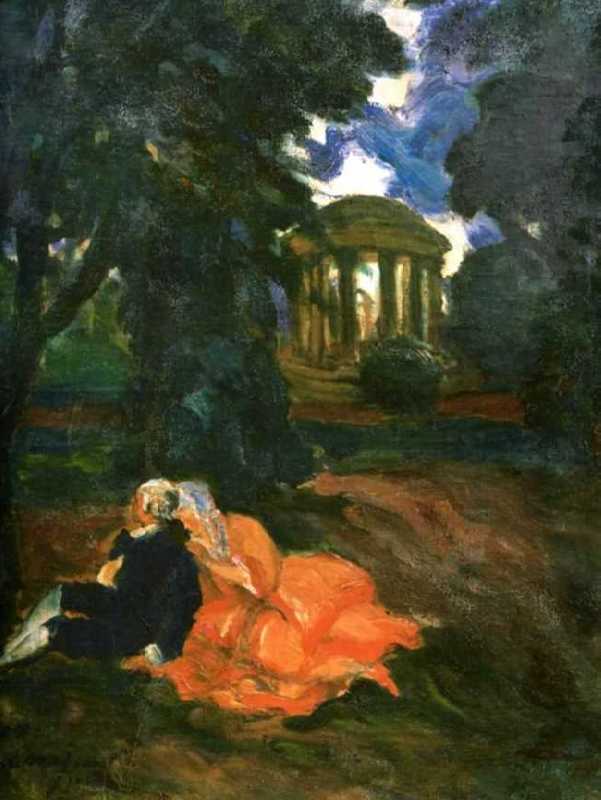 In the park. Lovers 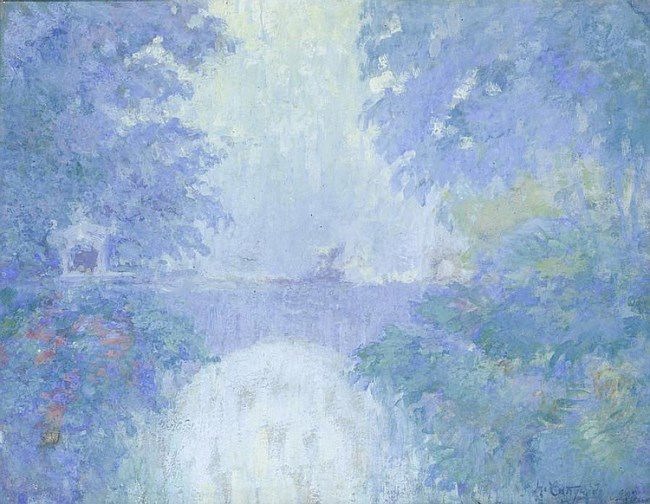 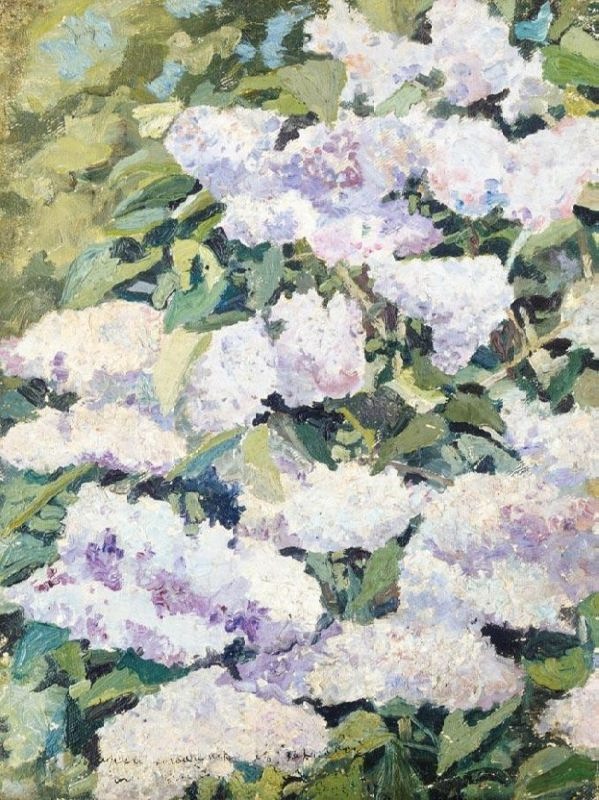 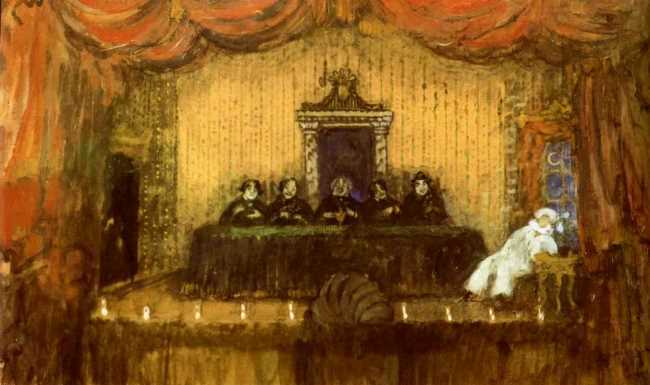 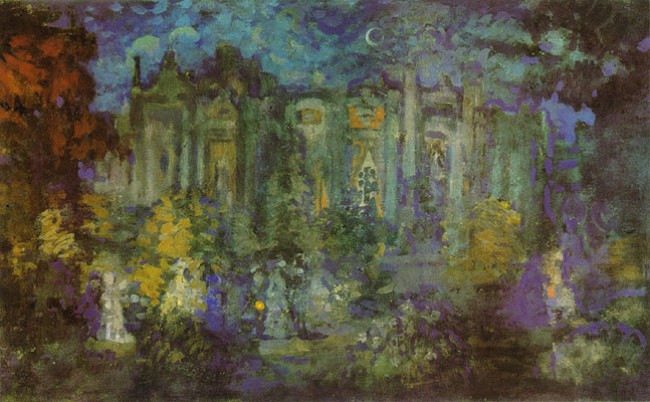 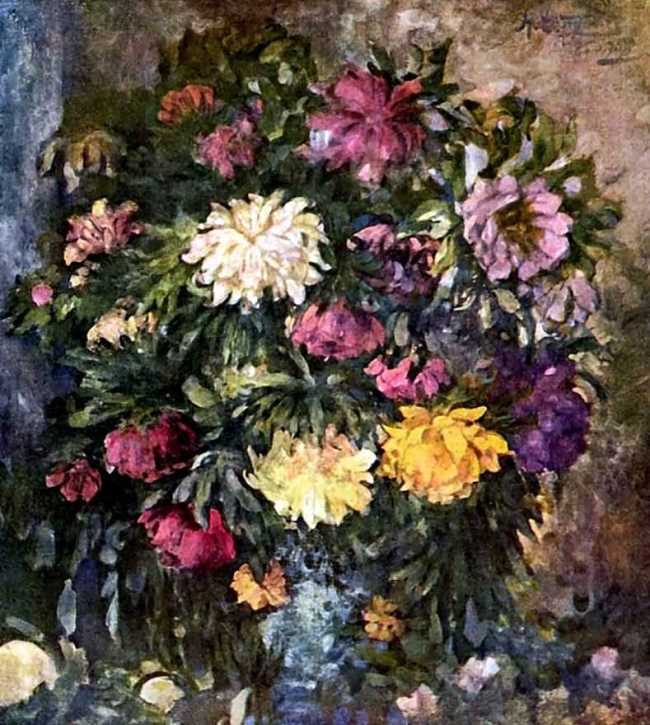 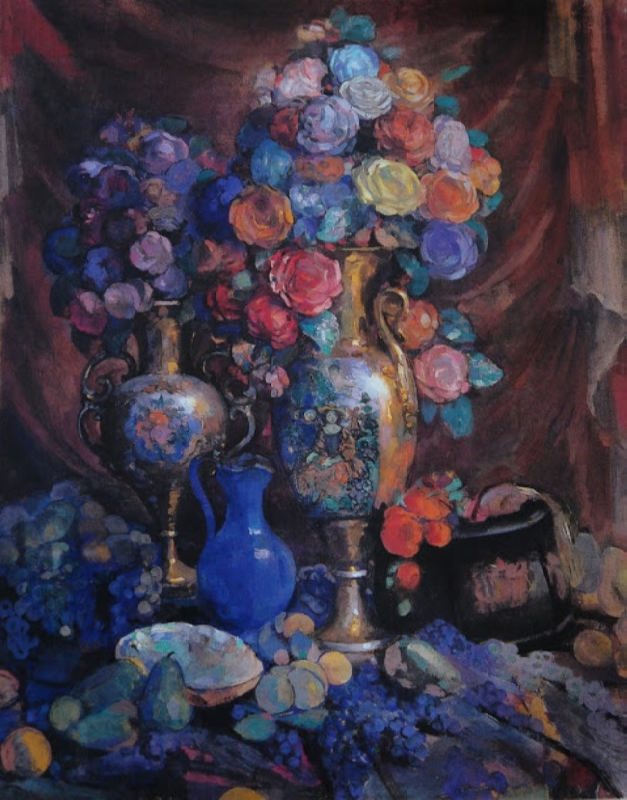 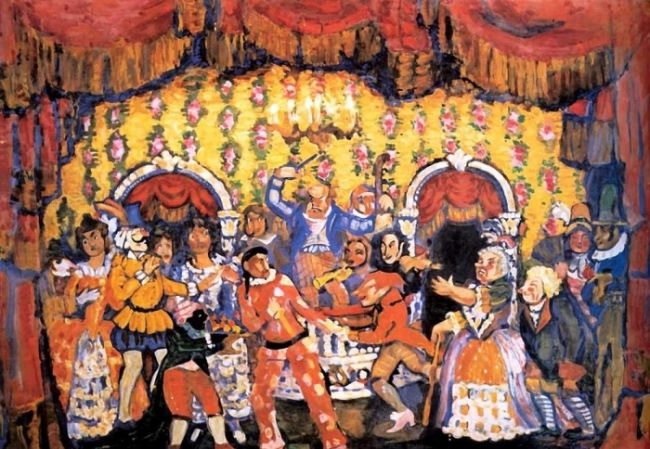 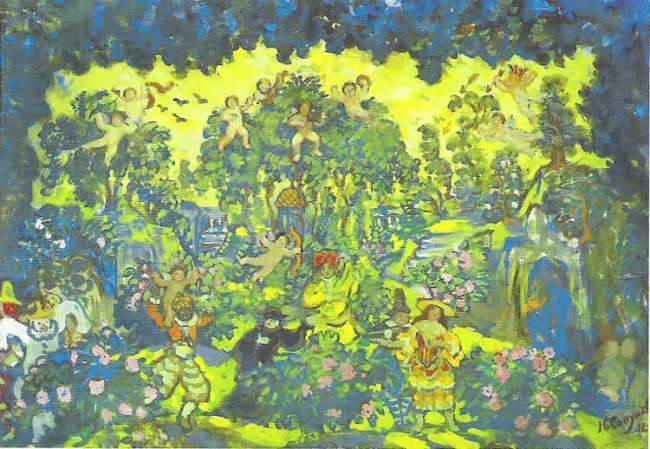 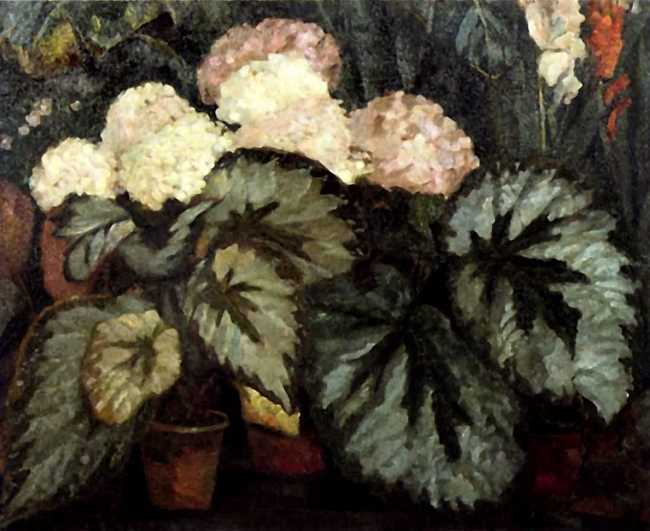 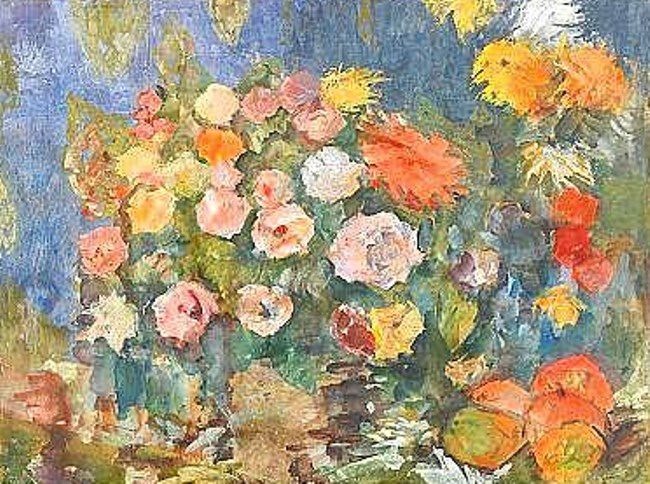 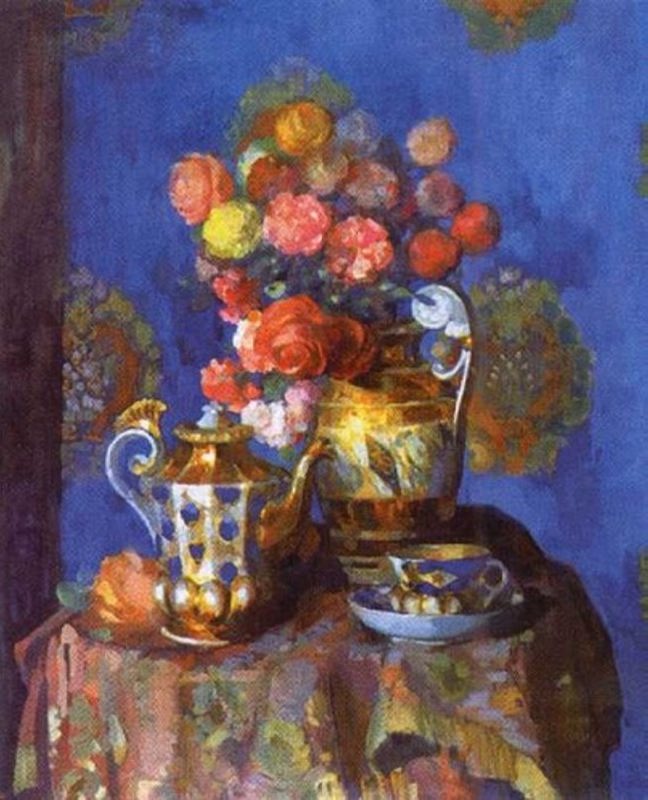 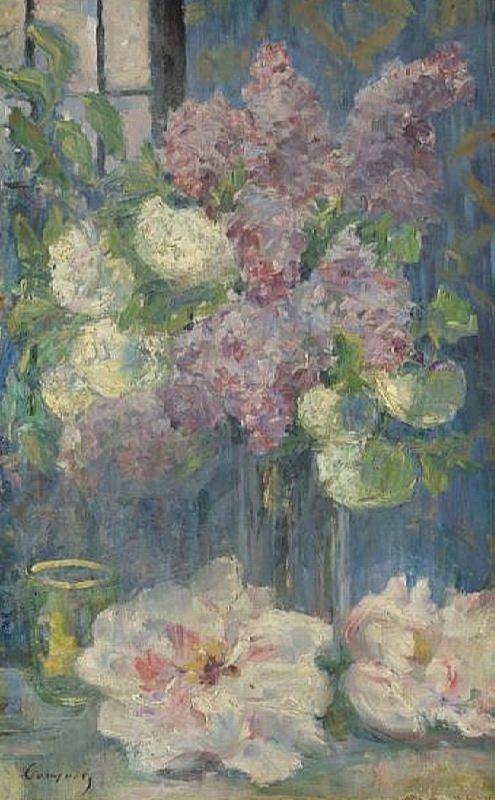 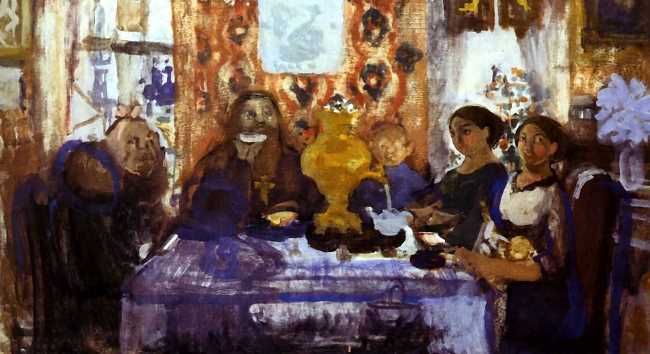 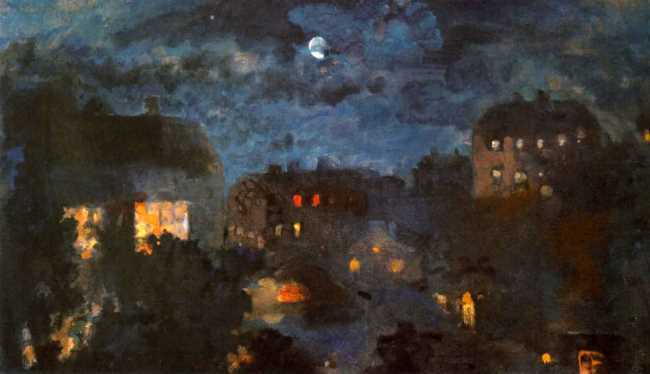 The Night, the beginning of the 1900s 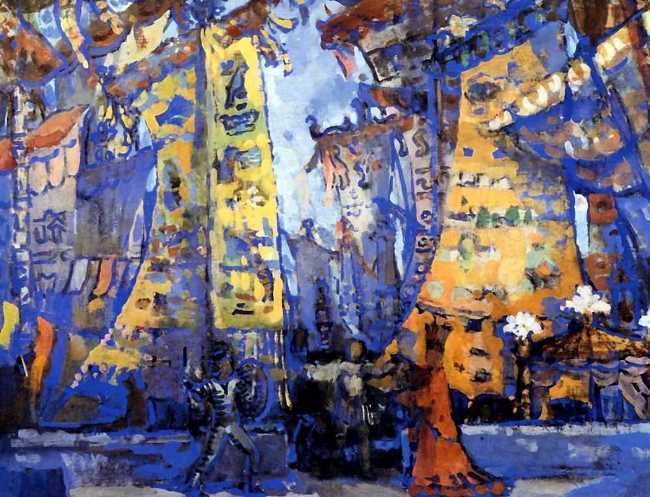 The waterfront of Alexandria, 1909 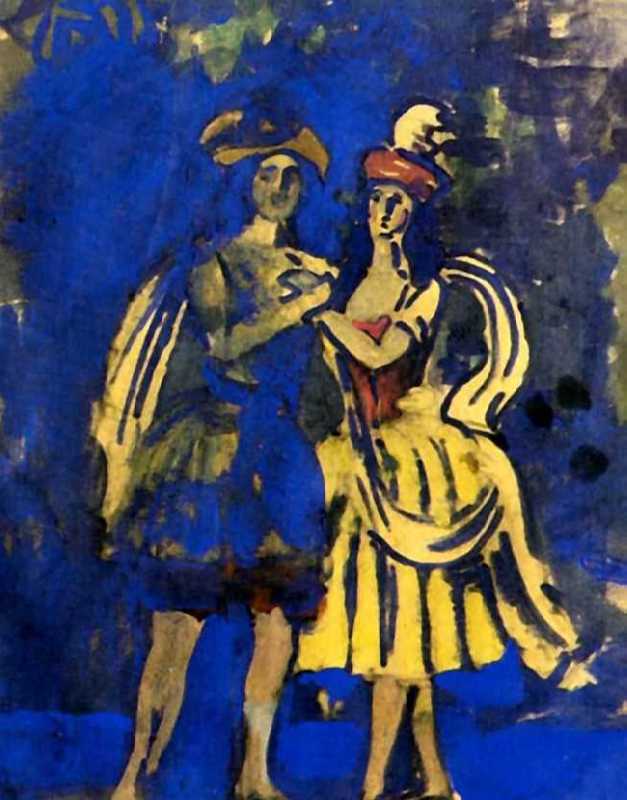 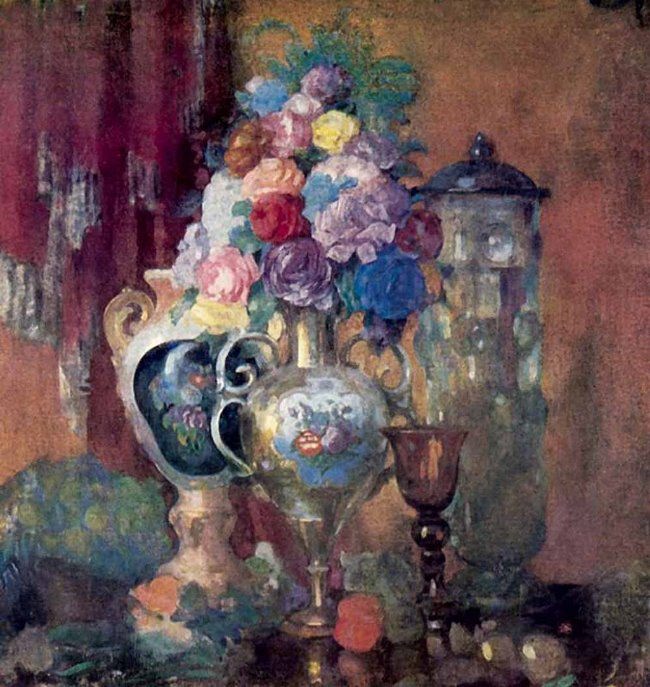 Vases and flowers on a pink background, 1910 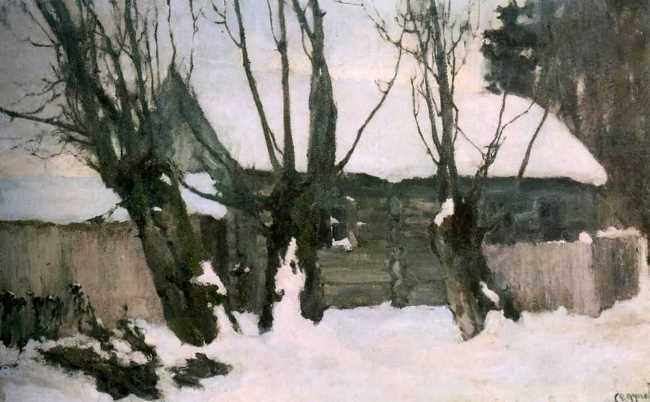