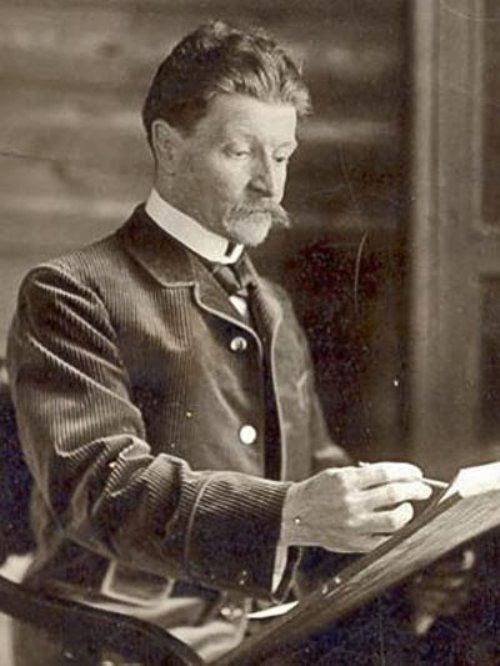 Mikhail Vrubel was a Russian artist of the turn of the XIX-XX centuries, who worked in virtually all types and genres of fine art: painting, graphics, decorative sculpture and theatrical art. At the beginning of the twentieth century, Vrubel’s paintings became an organic part of Russian Art Nouveau. On November 28, 1905 he was awarded the title of academician of painting.
Mikhail Alexandrovich Vrubel was born on March 17, 1856 in Omsk, Russian Empire. His younger brother and sister, Ekaterina and Alexander, did not live to adolescence. His mother died of consumption in 1859, when Mikhail was three years old. Mikhail was a weak child and he began to walk only at the age of three.

In 1863, his father married E. H. Wessel, who devoted herself entirely to the children of her husband (her first child was born in 1867). In 1865 the family moved to Saratov, where Lieutenant-Colonel Vrubel took command of the provincial garrison.
Mikhail Vrubel entered the gymnasium in St. Petersburg where he studied ancient languages, dance and gymnastics. In 1870 the family went to Odessa and Mikhail began to study at the Richelieu Gymnasium.
After graduation from the gymnasium with a gold medal Vrubel entered the Faculty of Law at the St. Petersburg University. During those years he made illustrations for literary works – classical and modern. However, he didn’t finish the university. At the age of 24, after graduating from university and serving a brief military service, Vrubel entered the Academy of Arts.
Vrubel and Serov studied with the best teacher of that time – P.P. Chistyakov. In 1884, a famous art historian A. V. Prakhov came from Kiev to Petersburg and, according to Chistiakov’s advice, took Vrubel to Kiev, where he was engaged in the restoration of old frescoes and new paintings in the church. In Kiev, the artist stayed for five years. Vrubel made magnificent sketches for the paintings of the Vladimir Cathedral in Kiev (1887).
In 1896, he married the famous singer N.I. Zabele, whose portraits he painted many times. 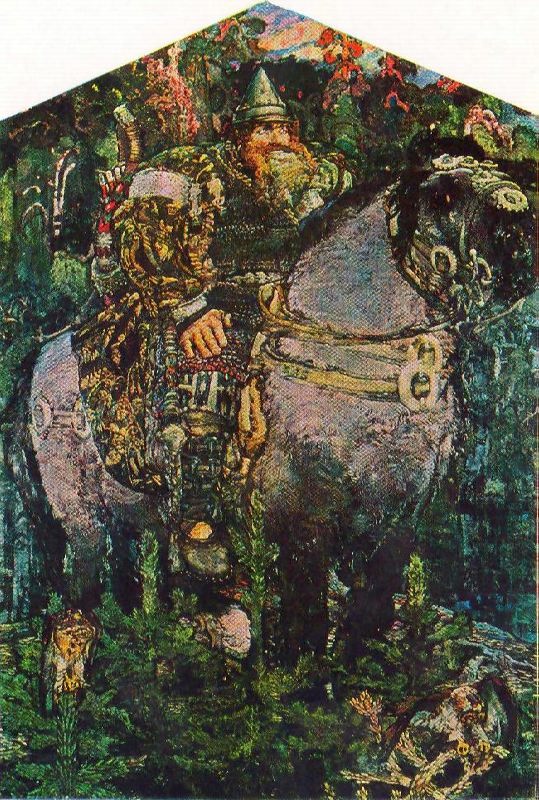 The highest peak of his creativity was in the 1890s and early 1900s. In this period, already in Moscow, the artist widely disclosed his creative abilities. He painted picturesque paintings and monumental panels for the mansions of wealthy patrons. He created architectural projects and sketches for applied art objects. He drew illustrations and made bookmarks for various editions. He acted as a theatrical decorator and worked on a cycle of sculptural works on fairy-tales. He even painted balalaikas. But still the most important for Vrubel were paintings.
The latest drawings by Vrubel reveal all the greatness of the talent of this remarkable painter and graphic artist.
His last years were tormentors. Having lost his mind and his sight he inevitably went to death.
Mikhail Vrubel died on April 14, 1910 in St. Petersburg.
Almost in all his paintings, fantasy is intertwined with reality. The artist raises his images over everyday life. Even when Vrubel painted portraits of concrete persons, he tried to transform his characters, give them passions, inner energy. 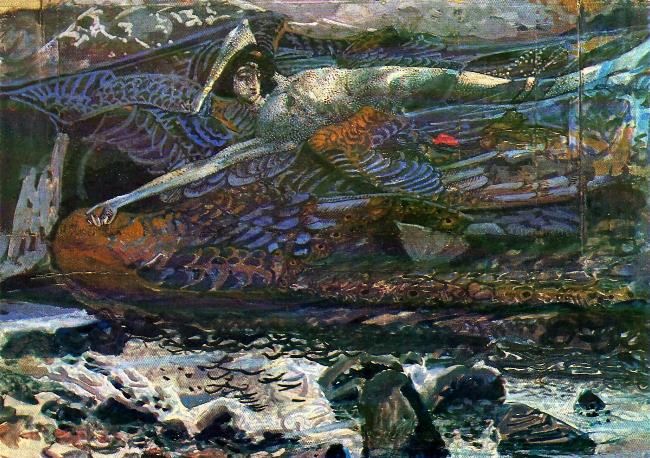 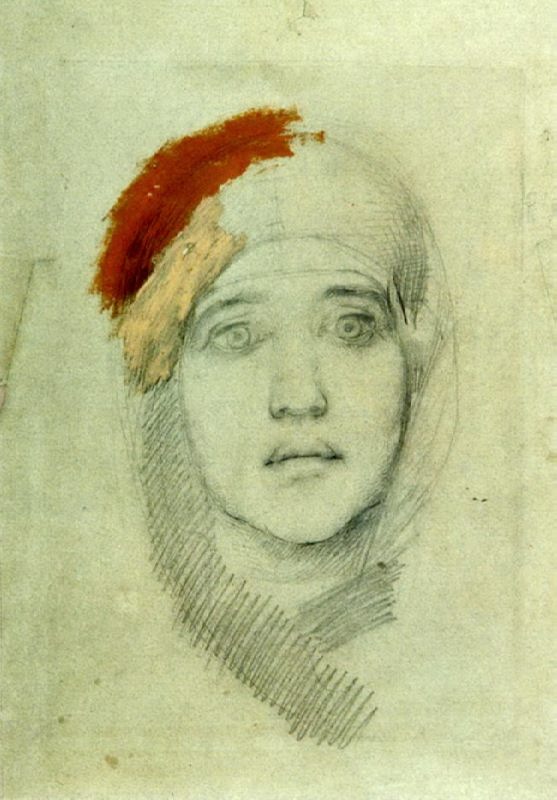 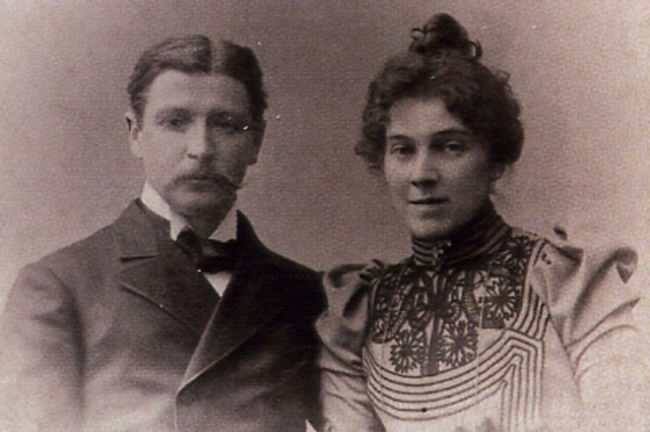 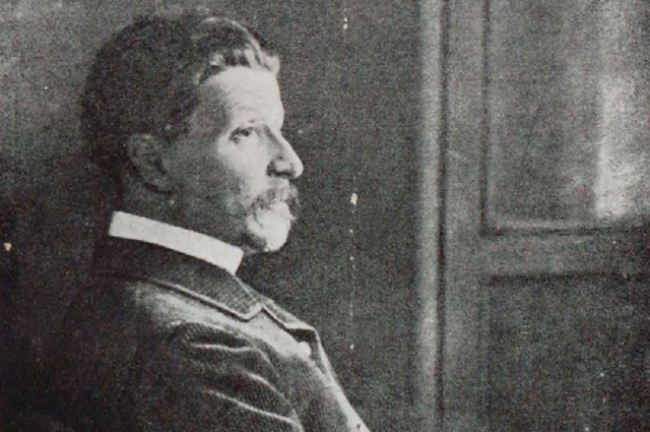 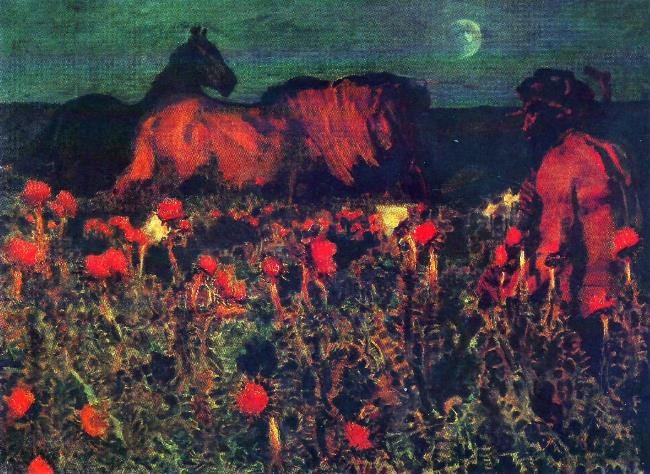 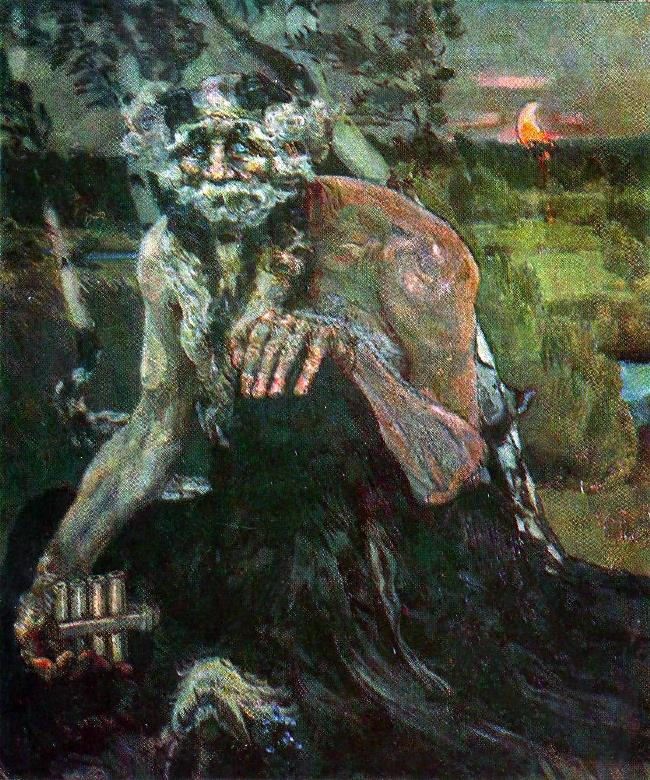 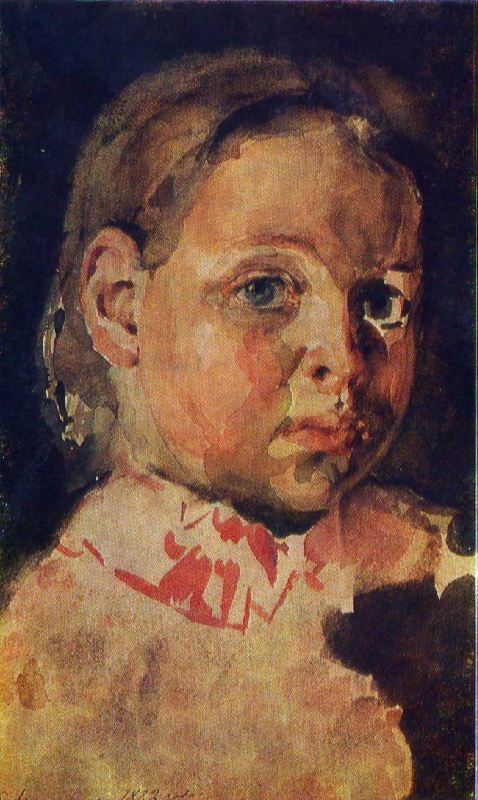 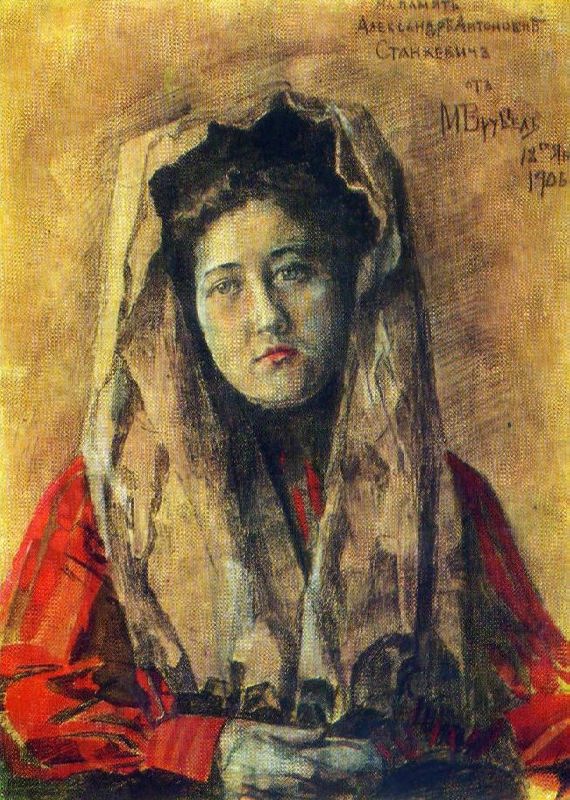 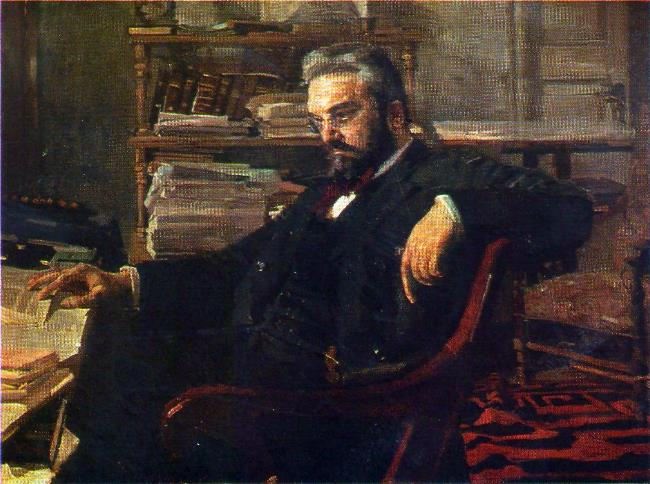 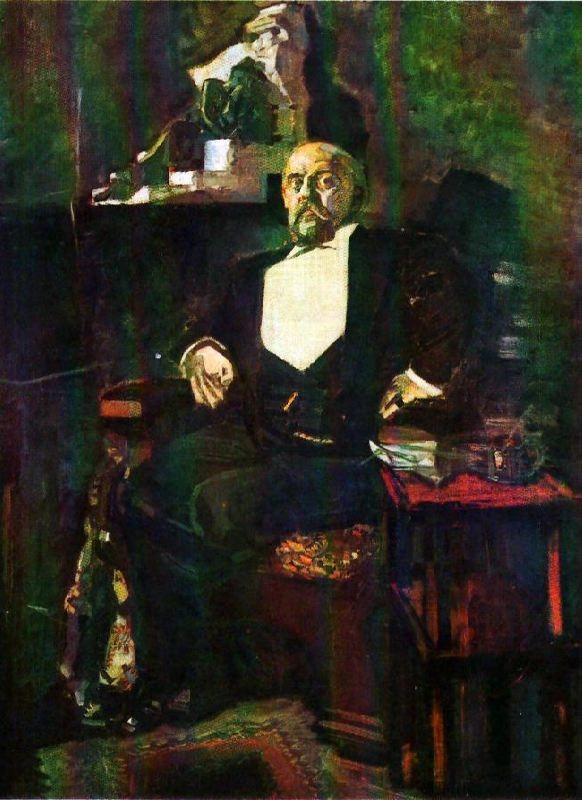 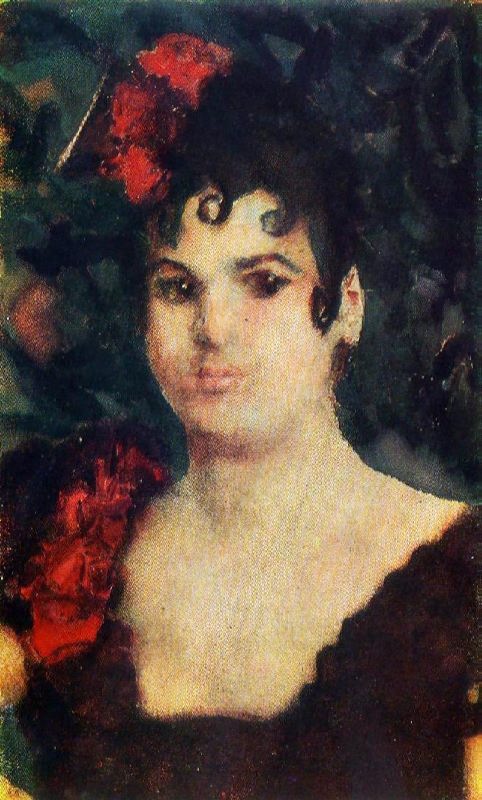 Portrait of T.S. Lyubatovich in the role of Carmen. 1890s 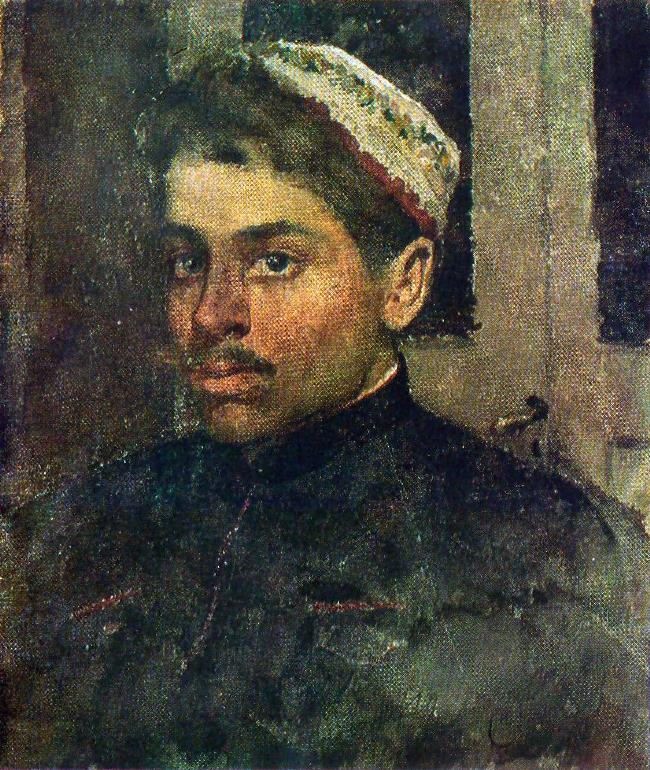 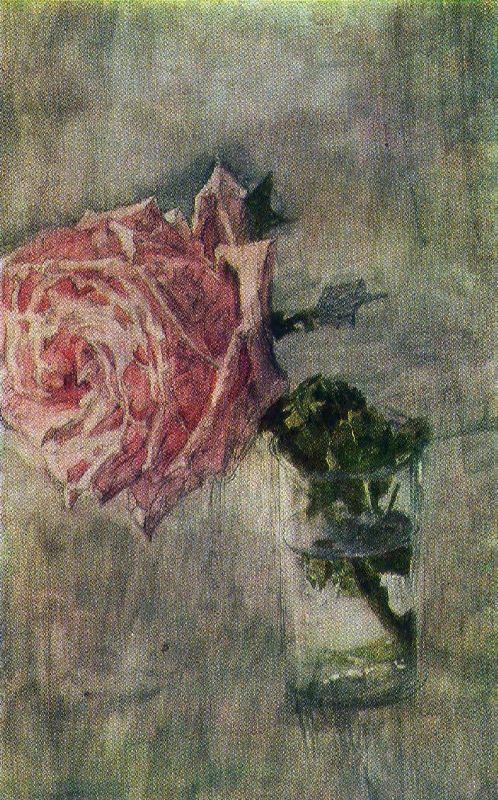 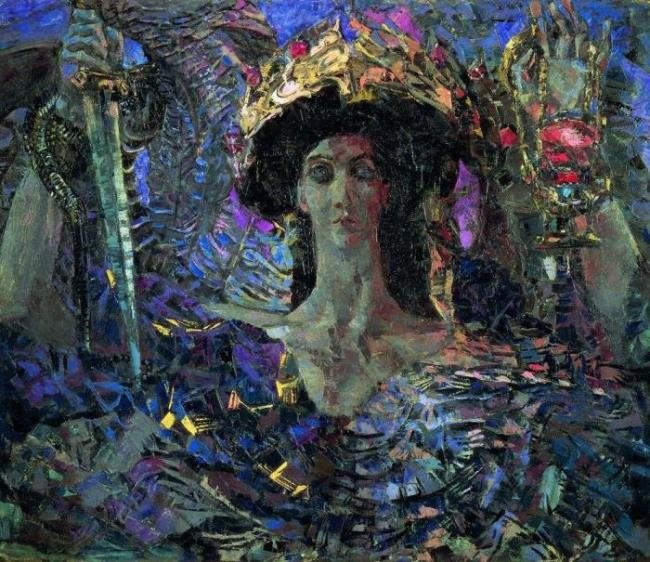 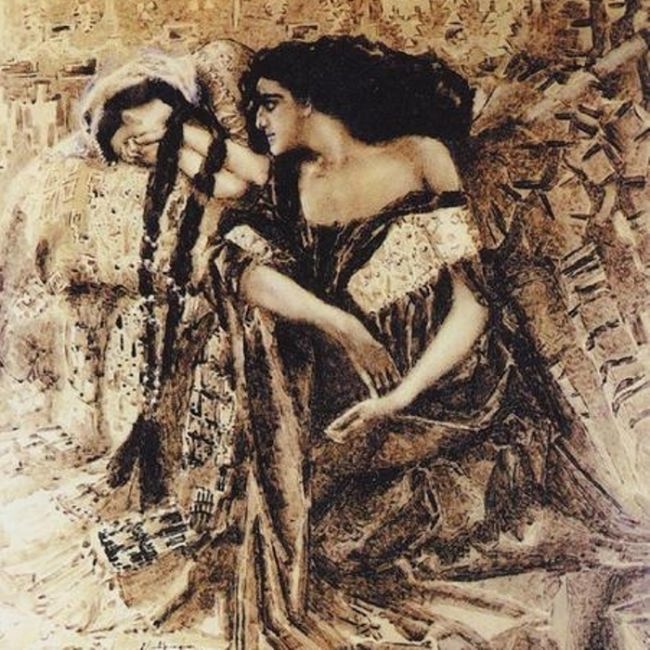 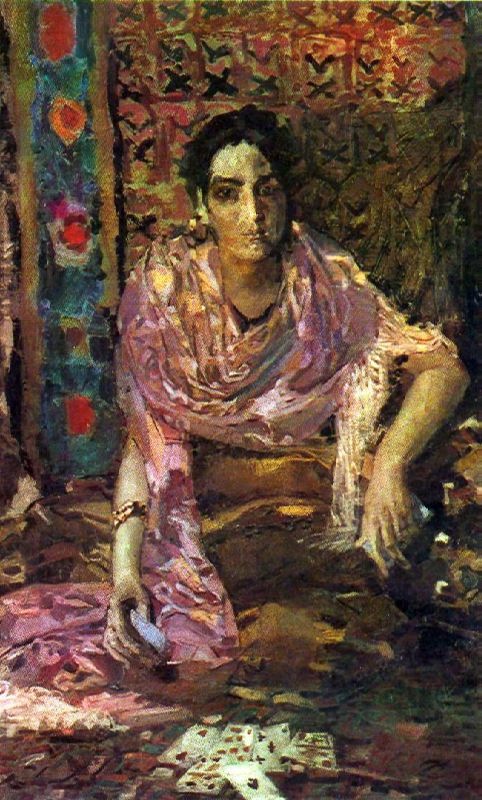 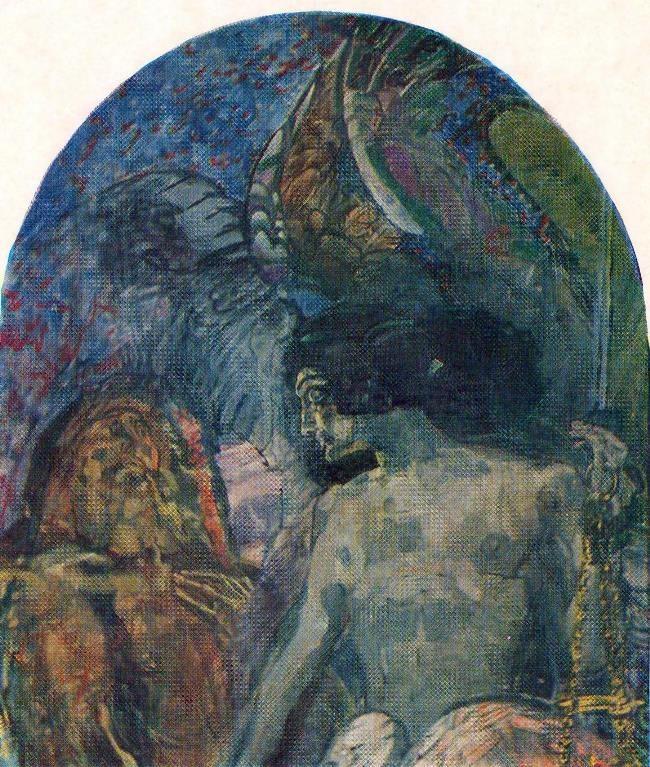 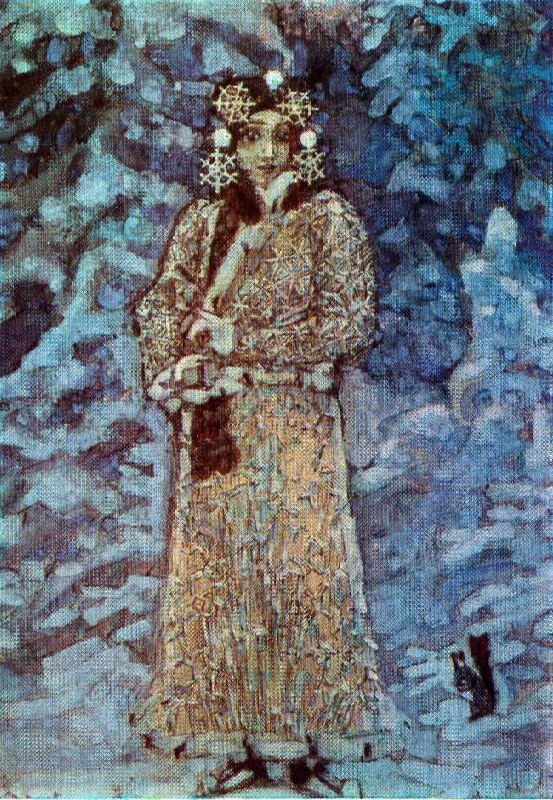 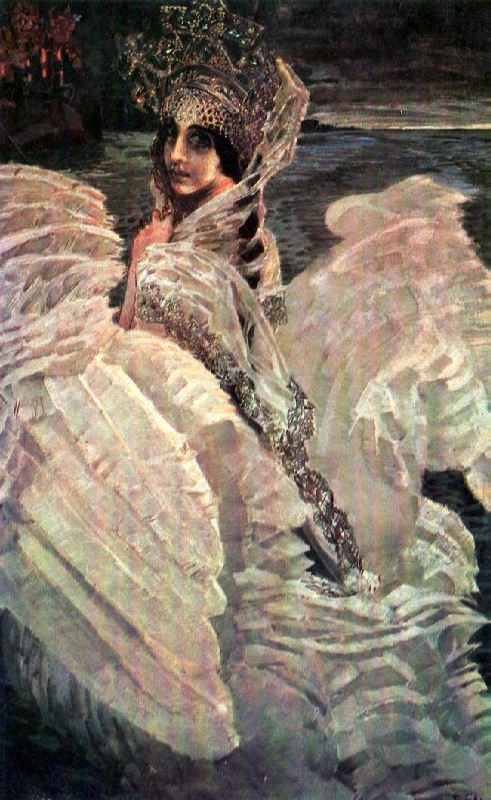